The 1930 FIFA World Cup was the inaugural edition of the world championship for international association football teams – the FIFA World Cup.

It was played in Uruguay from 13 July to 30 July. Fédération Internationale de Football Association (FIFA) selected Uruguay as host nation as the country would be celebrating the centenary of its independence, and the Uruguay national football team had successfully retained their football title at the 1928 Summer Olympics. All matches were played in the Uruguayan capital, Montevideo, the majority at the Estadio Centenario, which was built for the tournament.

Thirteen teams, seven from South America, four from Europe and two from North America entered the tournament. Few European teams chose to participate due to the duration and cost of travel. The teams were divided into four groups, with the winner of each group progressing to the semi-finals. The first two World Cup matches took place simultaneously, and were won by France and the USA, who defeated Mexico 4–1 and Belgium 3–0, respectively. Lucien Laurent of France scored the first goal in World Cup history.

Argentina, Uruguay, the USA and Yugoslavia each won their respective groups to qualify for the semi-finals. In the final, hosts and pre-tournament favourites Uruguay defeated Argentina 4–2 in front of a crowd of 93,000 people, and became the first nation to win a World Cup.

The tournament was organized in two rounds: group games and play-offs. The participating teams were divided into 4 groups by geographical region. 5 teams were seeded: Uruguay (Olympic champion), Argentina (silver medallist), Brazil, USA and Bolivia. During the group games Yugoslavia did very well; so did USA and favourites from Uruguay and Argentina and these 4 teams made the semi-final. Just as expected, the favourite teams crushed their opponents (both games 6:1) and met in the final. For the players from Argentina this was supposed to be a kind of rematch for their loss with Uruguay in the Olympic final of 1928, but once again they were defeated. The first World Cup champion was the team from Uruguay. There was no 3. place game, since it was not in the regulations. 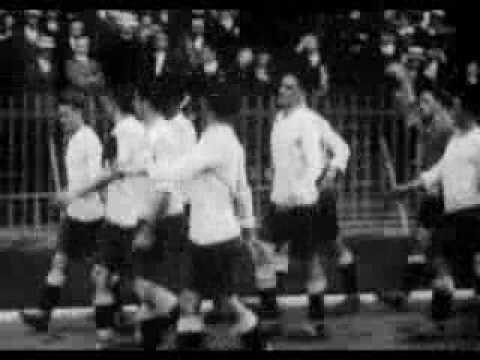