R101 was a British rigid airship completed in 1929 as part of the Imperial Airship Scheme.

After initial flights, and two enlargements to the lifting volume, it crashed on 5 October 1930 in France during its maiden overseas voyage, killing 48 people. Amongst airship accidents of the 1930s, the loss of life surpassed the Hindenburg disaster of 1937 and was second only to that of the USS Akron crash of 1933. The demise of R101 effectively ended British employment of rigid airships.

Just after this point the ship moved into a second dive. It is calculated that R101 was now at a height of about 530 feet, which for a vessel of 777 feet long was precarious. Rapid oscillation of the ship had already occurred and any further oscillation would cause it to fail. Rigger Church was ordered to release the emergency ballast from the nose of the ship and was on his way to the mooring platform when he felt the angle of the ship begin to dip once more from an even keel. The ship began to drop again through a downward angle and at this point the nose hit the ground. Evidence from the official inquiry noted that the R101's ground speed had reduced to almost that of a perfect landing. The impact of R101 with the ground was very gentle, and it was noted that the forward speed of the ship was only 13.8 mph. The ship bounced slightly moving forward some 60 feet and then settled down to the ground. The survivors recall that a "crunch" was heard and the ship leveled. There was no violent jarring from the impact. Evidence from the crash site confirmed this as the only impact mark in the ground was a two foot deep by nine foot long groove which was cut by the nose cone, in which soil was later found. Also, the starboard forward engine had struck the ground whilst the propeller was still revolving and grooves were made by this. The engine car had been twisted completely around on its struts.

After the impact, fire broke out. The most probably cause of this was that the starboard engine car was twisted around and the hot engine had come into contact with the free gas from the rents in the forward gas bags. The fire immediately consumed the ship, causing each gasbag from the forward to after part of the ship to explode. The force of the explosions was noted by the position of the gas valves and the damage to the framework of the ship. The outer cover was immediately consumed in the ensuing inferno.

Over France the R101 encountered gusting wind and crashed into a hillside near Beauvais, north of Paris. 48 of its 54 passengers and crew were killed. Two men who escaped the crash died later in a hospital. According to survivors, the top layers of the outer cover and some of the forward gas bags had been torn in the wind thus causing a loss of the flammable lifting gas hydrogen which was ignited by the hot engine exhausts and electrical sparking from torn wiring.

The R101 spelled the end of the British attempt to create lighter-than-air aircraft. Its competition, the R100, despite a much more successful development program, was mothballed immediately after the R101's crash and never flew again. 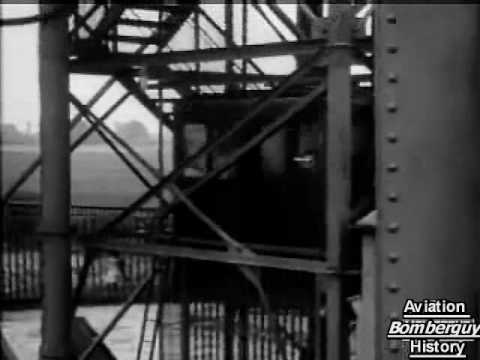