The Volvo PV650 Series is an automobile manufactured by Volvo between 1929 and 1937.

Volvo had started planning for a larger successor for its first car, the ÖV4 in 1926, even before the little four cylinder car was introduced. The swedish car market was dominated by american manufacturers and Volvo needed a large six cylinder car to be competitive.
Volvo PV651 was introduced in april 1929. The new car had a stronger chassis to cope with the more powerful engine. The bodywork was manufactured in the traditional way, with a wooden frame covered with steel plates. The 3010cc DB engine was very robust and it’s crankshaft was supported by seven main bearings. The gearbox was a non-syncromesh 3-speed box.
In the spring of 1930 the car was succeeded by the PV652, with modified interior and dashboard. The engine had a new carburettor but the main improvement was the introduction of hydraulic brakes. In 1931 the car got a 4-speed non-syncromesh gearbox. In january 1932 the PV652 was updated with the larger capacity 3366cc EB engine and a new 3-speed gearbox with synchronized 2nd and 3rd gear.
Volvo also built commercial chassis versions of the car. Most of them got light truck-, ambulance or hearse bodies, but a small number of the PV650 Series chassises were clothed in more flamboyant two door open or closed bodies.

In the autumn of 1933 the six cylinder Volvo cars were uppdated with a new, stronger chassis with an X-shaped cross member support, smaller 17 inch rims and an all steel body, without the wooden frame. The centre roof section was still covered with a leatherette insertion. The body had new fenders and the windshield and the radiator grille were slightly tilted to improve the aerodynamics. The mechanical parts were left unchanged.
Volvo offered two versions: the PV653 base model and the PV654 de luxe model. The PV654 luxury equipment included an uprated interior, twin fender mounted spare tires, twin chrome plated horns and twin rear lights.

In 1935 the PV650 Series design looked quite old fashioned. The body was basically the same as in 1929. Still, Volvo updated the cars once more. The new PV658/PV659 got the larger capacity 3670cc EC engine and a V-shaped radiator grille.
The passenger cars were superseded by the Volvo PV51 in 1936, while the commercial chassis version soldiered on for one more year. 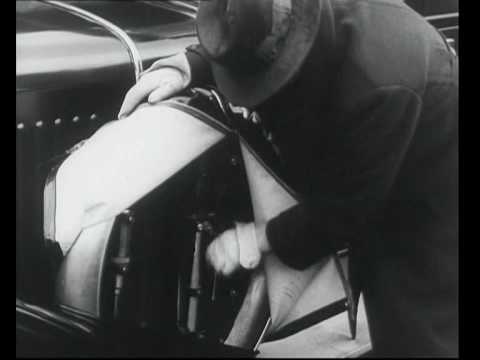