Adolf Hitler, Nazis come to power through the Great Depression

When the stock market collapsed on Wall Street on Tuesday, October 29, 1929, it sent financial markets worldwide into a tailspin with disastrous effects.

The German economy was especially vulnerable since it was built out of foreign capital, mostly loans from America and was very dependent on foreign trade. When those loans suddenly came due and when the world market for German exports dried up, the well oiled German industrial machine quickly ground to a halt.

As production levels fell, German workers were laid off. Along with this, banks failed throughout Germany. Savings accounts, the result of years of hard work, were instantly wiped out. Inflation soon followed making it hard for families to purchase expensive necessities with devalued money.

Overnight, the middle class standard of living so many German families enjoyed was ruined by events outside of Germany, beyond their control. The Great Depression began and they were cast into poverty and deep misery and began looking for a solution, any solution.

Despite the overwhelming need for a financial program to help the German people, Chancellor Bruening encountered stubborn opposition to his plans. To break the bitter stalemate, he went to President Hindenburg and asked the old gentleman to invoke Article 48 of the German constitution which gave emergency powers to the president to rule by decree. This provoked a huge outcry from the opposition, demanding withdrawal of the decree.

As a measure of last resort, Bruening asked Hindenburg in July 1930 to dissolve the Reichstag according to parliamentary rules and call for new elections.

The elections were set for September 14. Hitler and the Nazis sprang into action. Their time for campaigning had arrived.

The German people were tired of the political haggling in Berlin. They were tired of misery, tired of suffering, tired of weakness. These were desperate times and they were willing to listen to anyone, even Adolf Hitler. 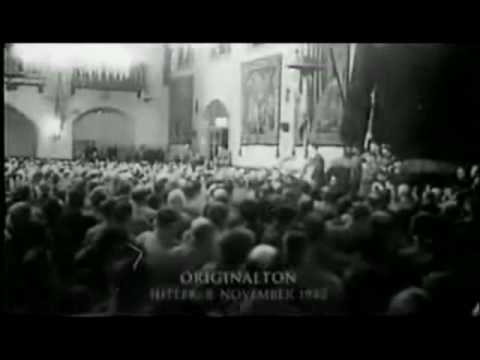