'A Farewell To Arms' Is Published

Pauline was pregnant at the time and on June 28, 1928 gave birth to Patrick by cesarean section.

It was in December of that year that Hemingway received the cable reporting his father’s suicide. Despite the personal turmoil and change Hemingway continued to work on A Farewell to Arms, finishing it in January of 1929. The novel was published on September 27, 1929 to a level of critical acclaim that Hemingway wouldn’t see again until 1940 with the publication of his Spanish war novel For Whom the Bell Tolls. In between Hemingway entered his experimental phase which confounded critics but still, to some extent, satisfied his audience.

The novel is divided into five books. In the first book, Henry meets and attempts to seduce Catherine Barkley and their relationship begins. While on the Italian front, Henry is wounded in the knee by a mortar shell and sent to a hospital in Milan. The second book shows the growth of Henry and Catherine's relationship as they spend time together in Milan over the summer. Henry falls in love with Catherine and by the time he is healed, Catherine is three months pregnant. In the third book, Henry returns to his unit, but not long after, the Austro-Germans break through the Italian lines in the Battle of Caporetto, and the Italians retreat. Henry kills an engineering sergeant for insubordination. After falling behind and catching up again, Henry is taken to a place by the "battle police" where officers are being interrogated and executed for the "treachery" that supposedly led to the Italian defeat. However, after hearing the execution of a Lt.Colonel, Henry escapes by jumping into a river. In the fourth book, Catherine and Henry reunite and flee to Switzerland in a rowing boat. In the final book, Henry and Catherine live a quiet life in the mountains until she goes into labour. After a long and painful labour, their son is stillborn. Catherine begins to haemorrhage and soon dies, leaving Henry to return to their hotel in the rain. 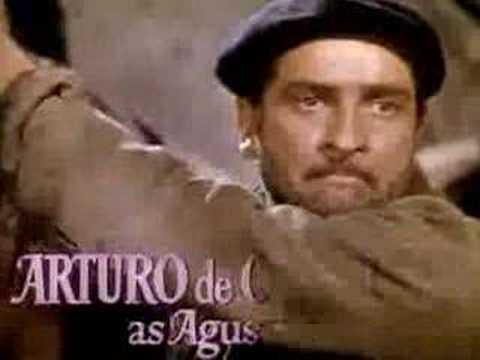