Monetary Causes of the 1920s Stock Market Bubble and its Popping.

Ignoring the shift of wealth that had occurred during World War I, Chancellor of the Exchequer Winston Churchill mistakenly returned the British pound to the gold standard at its pre-war mint price in 1925. At their pre-war mint prices, the U.S. dollar was undervalued, and the British pound was overvalued, producing persistent U.S. current account surpluses and persistent British current account deficits.

The first Governor of the Federal Reserve Bank of New York Benjamin Strong, who had assumed de facto control of U.S. monetary policy until his death in October 1928, pressed the Federal Reserve to lower U.S. interest rates, even though the Federal Reserve should have increased interest rates to temper a booming U.S. economy. Strong thought that lower U.S. interest rates would help the Bank of England maintain the gold standard at its pre-war mint price by encouraging financial flows from the United States to the United Kingdom that would partially offset Britain’s current account deficit and would therefore reduce Britain’s gold outflows. Economists now blame Strong’s inappropriate monetary policy for the stock market bubble in 1928 and the first eight months of 1929 and the reversal of this policy after his death for the popping of the stock bubble in October 1929.

From a high of 381.17 on September 3, 1929, the Dow Jones Industrial Average dropped to 298.17 on October 24, 1929 and plunged to 230.17 on October 29, 1929. Seeking villains to demonize, Hoover instinctively blamed the crash in share prices on speculators and their short sales. Hoover urged Congress to launch investigations into the speculators and then proceeded to make an unprecedented series of economic policy blunders.

The Wall Street Crash of 1929, also known as the Great Crash or the Stock Market Crash of 1929, was the most devastating stock market crash in the history of the United States, taking into consideration the full extent and duration of its fallout.

Three phrases—Black Thursday, Black Monday, and Black Tuesday—are commonly used to describe this collapse of stock values. All three are appropriate, for the crash was not a one-day affair. The initial crash occurred on Thursday, October 24, 1929, but the catastrophic downturn of Monday, October 28 and Tuesday, October 29 precipitated widespread alarm and the onset of an unprecedented and long-lasting economic depression for the United States and the world. This stock market collapse continued for a month.

Economists and historians disagree as to what role the crash played in subsequent economic, social, and political events. The Economist argued in a 1998 article, "Briefly, the Depression did not start with the stockmarket crash." Nor was it clear at the time of the crash that a depression was starting. On November 23, 1929, The Economist asked: "Can a very serious Stock Exchange collapse produce a serious setback to industry when industrial production is for the most part in a healthy and balanced condition? ... Experts are agreed that there must be some setback, but there is not yet sufficient evidence to prove that it will be long or that it need go to the length of producing a general industrial depression." But The Economist cautioned: "Some bank failures, no doubt, are also to be expected. In the circumstances will the banks have any margin left for financing commercial and industrial enterprises or will they not? The position of the banks is without doubt the key to the situation, and what this is going to be cannot be properly assessed until the dust has cleared away."

The October 1929 crash came during a period of declining real estate values in the United States (which peaked in 1925) near the beginning of a chain of events that led to the Great Depression, a period of economic decline in the industrialized nations.

By THE NEW YORK TIMES

Stock prices virtually collapsed yesterday, swept downward with gigantic losses in the most disastrous trading day in the stock market's history. Billions of dollars in open market values were wiped out as prices crumbled under the pressure of liquidation of securities which had to be sold at any price.

There was an impressive rally just at the close, which brought many leading stocks back from 4 to 14 points from their lowest points of the day.

From every point of view, in the extent of losses sustained, in total turnover, in the number of speculators wiped out, the day was the most disastrous in Wall Street's history. Hysteria swept the country and stocks went overboard for just what they would bring at forced sale.

Efforts to estimate yesterday's market losses in dollars are futile because of the vast number of securities quoted over the counter and on out-of-town exchanges on which no calculations are possible. However, it was estimated that 880 issues, on the New York Stock Exchange, lost between $8,000,000,000 and $9,000,000,000 yesterday. Added to that loss is to be reckoned the depreciation on issues on the Curb Market, in the over the counter market and on other exchanges. 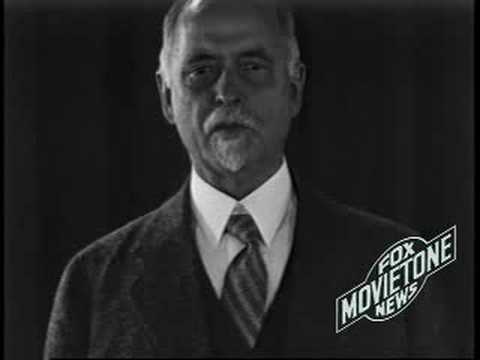