The following year, Dempsey made an attempt to regain the title in a rematch that became known as the "Long Count" fight.

One hundred and four thousand people brought in a record $2.65 million for the match at Chicago's Soldier Field. Tunney would not engage Dempsey in the latter's boxing style and held the upper hand for the first rounds. In round seven, Dempsey landed a combination that knocked Tunney to the mat. The referee told Dempsey to get to a neutral corner; he said, "I'll stay here." Finally the referee pushed Dempsey into a corner before he began his count. Tunney took all of the "Long Count" before getting back up, and then finished the fight, winning another ten-round decision. Why didn't Dempsey move to the neutral corner? "I couldn't move. I just couldn't. I wanted Tunney to get up. I wanted to kill the S.O.B."

Sixty years ago today, two men climbed into a 20-foot ring in Chicago and for 40 minutes made the world stand still. Dempsey-Tunney II. The Long Count fight. In 1927, they called it the fight of the century. It might well have been.

Radio was in its infancy, yet NBC estimated that on the night of Sept. 22, 1927, about 50 million people around the world heard Gene Tunney successfully defend his championship against Jack Dempsey.

It was instantly dubbed "the long count." And it has been recounted in tales both true and tall since the heavyweight championship fight this night at Soldier Field.

Amid a screaming crowd of 104,943 spectators, reporters at ringside said it took champion Gene Tunney somewhere from 12 to 15 seconds to regain his feet after being knocked down byformer champion Jack Dempsey.

Tunney was, by most accounts, dominating the fight from rounds one to six, using his familiar style of boxing from a distance while looking for openings and, at the same time, building a points lead. Up until the end of round six, nothing indicated this fight would be far different from their original meeting.

In round seven, however, the 104,000 in attendance witnessed a moment that would live on in boxing history. With Tunney trapped against the ropes and near a corner, Dempsey unleashed a combination of punches that floored the champion. Two rights and two lefts landed on Tunney's chin and staggered him, and four more punches deposited him on the canvas. It was the first time in Tunney's career that he'd been knocked down.

Apparently dizzy and disoriented, Tunney grabbed on to the ring's top rope with his left hand. Dempsey, who used to stand over opponents and rush right back at them after they got up, looked down on Tunney. Referee Dave Barry ordered Dempsey into a neutral corner to no avail; Dempsey just stood there, observing his opponent. This gave Tunney precious seconds to recuperate. By the time Dempsey finally walked to a neutral corner, Tunney had been down for around 3 to 7 seconds. Barry could not start to count on Tunney until Dempsey reached the neutral corner, but he was still able to count to nine before Tunney got up. Some believe that if Dempsey had responded to the referee's orders in time, he would have likely regained the world Heavyweight crown with a seventh round knockout of Tunney. The validity of this argument has been debated even to this day. In the fight film, a clock was superimposed that recorded Tunney's time on the floor as 13 seconds, from the moment he fell until he got up. Because of this delay, it became known as The Long Count Fight.

By the eighth round, Tunney had resumed boxing from a distance, and he floored Dempsey with a punch. It's notable that this time, the referee started counting right away, before Tunney had moved to a neutral corner. Tunney was then dominant in the final two rounds, and went on to retain the world title by a unanimous decision. After the fight, Dempsey lifted Tunney's arm and said, "You were best. You fought a smart fight, kid." It was Dempsey's last career fight, and Tunney's next-to-last. 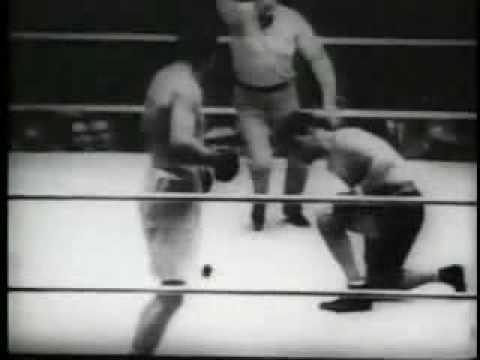