Coretta Scott was born April 27, 1927, in Heiberger, near Marion, Alabama.

She spent her childhood on her parents' farm in Heiberger. The farm had been in the family since the Civil War, but the Scotts were not at all rich. They were so hard hit during the Depression that the children picked cotton to help earn money. There were three children — Edythe, Coretta, and Obie. Obie was named after his father, Obediah Scott, a resourceful man who was the first black person in the district to own a truck and who eventually opened a country store. Their mother, Bernice (McMurray) Scott, was also a strong character.

Born to farmers who owned their land since the Civil War, the 3 Scott children picked cotton during the Depression to make ends meet for the family. Mrs. Scott determined that her children would graduate from high school, which was 9 miles from home. Mrs. Scott rented a bus and drove area children to and from school, an astonishing feat for a black woman in that era.

Said Mrs. King, "My mother always told me that I was going to go to college, even if she didn't have but one dress to put on." 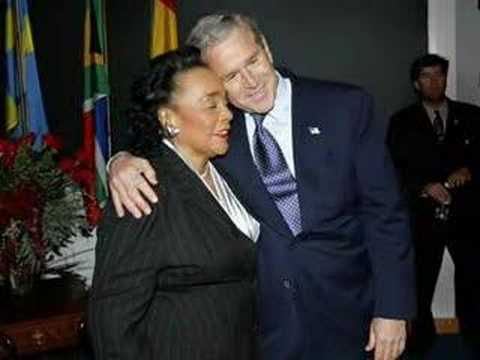