Armstrong returned to Chicago in 1925 due mostly to the urging of his wife, who wanted to pump up Armstrong’s career and income.

He was content in New York but later would concede that she was right and that the Henderson Orchestra was limiting his artistic growth. In publicity, much to his chagrin, she billed him as “the World’s Greatest Trumpet Player”. At first he was actually a member of the Lil Hardin Armstrong Band and working for his wife.[21] He began recording under his own name for Okeh with his famous Hot Five and Hot Seven groups, producing hits such as "Potato Head Blues", "Muggles" (a reference to marijuana, for which Armstrong had a lifelong fondness), and "West End Blues", the music of which set the standard and the agenda for jazz for many years to come.
The group included Kid Ory (trombone), Johnny Dodds (clarinet), Johnny St. Cyr (banjo), wife Lil on piano, and usually no drummer. Armstrong’s bandleading style was easygoing, as St. Cyr noted, "One felt so relaxed working with him and he was very broad-minded ... always did his best to feature each individual".[22] His recordings soon after with pianist Earl "Fatha" Hines (most famously their 1928 Weatherbird duet) and Armstrong's trumpet introduction to "West End Blues" remain some of the most famous and influential improvisations in jazz history. Armstrong was now free to develop his personal style as he wished, which included a heavy dose of effervescent jive, such as "whip that thing, Miss Lil" and "Mr. Johnny Dodds, Aw, do that clarinet, boy!"[23]
Armstrong also played with Erskine Tate’s Little Symphony, actually a quintet, which played mostly at the Vendome Theatre. They furnished music for silent movies and live shows, including jazz versions of classical music, such as “Madame Butterfly”, which gave Armstrong experience with longer forms of music and with hosting before a large audience. He began to scat sing (improvised vocal jazz using non-sensical words) and was among the first to record it, on "Heebie Jeebies" in 1926. So popular was the recording the group became the most famous jazz band in USA even though they as yet had not performed live to any great degree. Young musicians across the country, black and white, were turned on by Armstrong’s new type of jazz.

The Music of the Hot Five and the Hot Seven is considered by most critics to be among the finest recordings in Jazz history. On November 12th, 1925 Louis Armstrong made his first records that bore his name as bandleader. The songs on the Okeh 78 rpm record were "My Heart", and Cornet Chop Suey. The band was made up mostly of musicians from King Oliver's Creole Jazz Band. The first version of the band featured Johnny Dodds on clarinet, Kid Ory on trombone, Johnny St. Cyr on banjo and Louis's wife, Lil Hardin-Armstrong on piano. These were informal settings that all concerned remember as a good time. Louis picked all the musicians that he wanted to play on the sessions and the record company generally left them alone to do what they wanted. The song "Heebie Jeebies" is generally the first recorded example of scat singing, although there are several examples on records that predate this recording. On the December of 1927 sides Lonnie Johnson joins the band for three tracks, "I'm Not Rough", "Hotter Than That", and "Savoy Blues". Earl Hines plays piano on all of the 1928 sessions, and the beautiful celeste parts on "Basin Street Blues".

The Hot Five was Louis Armstrong's first jazz recording band led under his own name.
It was a typical New Orleans jazz band in instrumentation, consisting of trumpet, clarinet, and trombone backed by a rhythm section. The original New Orleans jazz style leaned heavily on collective improvisation, where the three horns together played the lead: the trumpet played the main melody, and the clarinet and trombone played improvised accompaniments to the melody. This tradition was continued in the Hot Five, but because of Armstrong's creative gifts as a trumpet player, solo passages where the trumpet played alone began to appear more frequently. In these brilliant solos, Armstrong laid down the basic vocabulary of jazz improvising, and became its founding and most influential exponent.
The Hot Five was a recording group organized at the suggestion of Richard M. Jones for Okeh Records. All their records were made in Okeh's Chicago, Illinois recording studio. The exact same personnel recorded a session made under the pseudonym "Lil's Hotshots" for Vocalion/Brunswick. While the musicians in the Hot 5 played together in other contexts, as the Hot 5 they were a recording studio band that performed live only for two parties organized by Okeh Records.
There were two different groups called "Louis Armstrong and his Hot Five", the first recording from 1925 through 1927 and the second in 1928; Armstrong was the only musician in both groups.

The original Hot Five was, other than Armstrong's wife Lil Hardin Armstrong on piano, all New Orleans musicians who Armstrong had worked with in that city the 1910s: Kid Ory on trombone, Johnny Dodds on clarinet, and Johnny St. Cyr on guitar and banjo.
For some or all of the Louis Armstrong and his Hot Seven sides, Ory was in New York City working with King Oliver's band, and was replaced, probably by John Thomas.
On one session in December 1927, Lonnie Johnson was added on guitar. 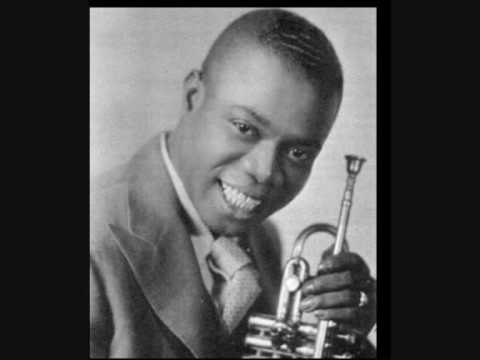 View other events that happened in 1925