Armstrong enjoyed working with Oliver, but Louis's second wife, pianist Lil Hardin Armstrong, urged him to seek more prominent billing and develop his newer style away from the influence of Oliver.

Armstrong took the advice of his wife and left Oliver's band. For a year Armstrong played in Fletcher Henderson's band in New York on many recordings. After playing in New York, Armstrong returned to Chicago, playing in large orchestras; there he created his most important early recordings.[19] Lil had her husband play classical music in church concerts to broaden his skill and improve his solo play and she prodded him into wearing more stylish attire to make him look sharp and to better offset his growing girth. Lil’s influence eventually undermined Armstrong’s relationship with his mentor, especially concerning his salary and additional moneys that Oliver held back from Armstrong and other band members. Armstrong and Oliver parted amicably in 1924. Shortly afterward, Armstrong received an invitation to go to New York City to play with the Fletcher Henderson Orchestra, the top African–American band of the day. Armstrong switched to the trumpet to blend in better with the other musicians in his section. His influence upon Henderson's tenor sax soloist, Coleman Hawkins, can be judged by listening to the records made by the band during this period.
Armstrong quickly adapted to the more tightly controlled style of Henderson, playing trumpet and even experimenting with the trombone and the other members quickly took up Armstrong’s emotional, expressive pulse. Soon his act included singing and telling tales of New Orleans characters, especially preachers.[20] The Henderson Orchestra was playing in the best venues for white-only patrons, including the famed Roseland Ballroom, featuring the classy arrangements of Don Redman. Duke Ellington’s orchestra would go to Roseland to catch Armstrong’s performances and young hornmen around town tried in vain to outplay him, splitting their lips in their attempts.
During this time, Armstrong also made many recordings on the side, arranged by an old friend from New Orleans, pianist Clarence Williams; these included small jazz band sides with the Williams Blue Five (some of the best pairing Armstrong with one of Armstrong's few rivals in fiery technique and ideas, Sidney Bechet) and a series of accompaniments with Blues singers, including Bessie Smith, Ma Rainey, and Alberta Hunter.

Henderson’s invitation to Louis Armstrong to join his band was an invitation to that new sound. When Armstrong arrived in New York, he was met by some of the band members, resplendent in bespoke English suits at $110 (more than a month’s wages for most working-class earners), plus spats and expensive shoes. In contrast, Armstrong’s long underwear and high-top shoes made him look like a hick.

But his playing was anything but backwoods. Coleman Hawkins recalls a night at Roseland when the dancers wouldn’t let Armstrong stop soloing on Shanghai Shuffle. "I think they made him play ten choruses. After that. . .a dancer lifted Armstrong onto his shoulders. Fletcher Henderson kept beating out the rhythm on the piano..."

There’s a back, middle, and front of a beat. Armstrong played the forward edge and let the rhythm loosen and bounce, moving away from syncopation and into the propulsion of swing. After his arrival in 1924, Henderson began incorporating some of that swinging rhythm into his band sound.

Racism starts the swing era with Benny Goodman’s 1935 Palomar concert. But listeners know that swing was on the scene well before that - in black music. (Some white musicians played it, too.) "They could get away with calling it new because millions of squares hadn’t taken a trip to 131st Street. If they had they could have dug swing for twenty years," said Billie Holliday. Duke Ellington’s trumpet player, Bubber Miley, was preaching the gospel of swing in the late twenties - a sermon that Ellington wrote an anthem for in 1932: “It Don’t Mean a Thing if it Ain’t Got That Swing”. 1932 was also the year Bennie Moten’s band, desperate for work, barged into the Victor studios and persuaded them to record ten tunes—all of them swing.

While he enjoyed the excitement of New York - and the chorus girls - Armstrong did not remember his time with Henderson as a happy one. "The whole time I was in his band he’d only give me 16 bars to get off with, but he’d let me hit those high notes that the big primadonnas, first-chair men, couldn’t hit.”

Henderson’s strict by-the-notes style had been a challenge at first, but it began to feel like musical prison. Don Redman’s sophisticated arrangements did appeal to Armstrong. He got confident with sightreading the complex scores, which let him expand his musical vocabulary and get high-paying steady jobs with movie house orchestras later on. (Regular movie houses had a piano or organ for silent film soundtracks, but movie palaces had plush seats, baroque ornamentation, and a full orchestra.)

One of Armstrong's biggest complaints, later in life, was that Henderson refused to let him sing.

Henderson remembered it differently. “I wondered what he could possibly do with that big fish horn voice of his, but finally I told him to try it. He was great.”

Henderson might have been thinking of the number Armstrong did on vaudeville nights at the Roseland, home of Henderson’s band. It was a night off, when there was a sort of open-mike contest. Armstrong sang (and acted) “Everybody Loves My Baby” and was a big hit. But except for one recording of the same song with Henderson’s band, there’s no evidence that Armstrong did any other singing under the band leader.

The band bothered Armstrong, too. He was used to bands that were a solid team, and he was unhappy with the way his fellow band members put on airs, arrived late, drank lethal Prohibition alcohol on the job, and took music lightly. Armstrong was yet to discover his drug of choice - marijuana - but he always put music first. To his ears, liquor made music worse, and marijuana made it better.

Making music better was the heart of the problem between Armstrong and Henderson. They had very different ideas about what "better" meant.

In King Oliver’s band Armstrong met pianist Lil Hardin, whom he subsequently married. Lil had ambitious plans for Louis. It was she who talked him into quitting the Creole Jazz Band and moving to New York to join Fletcher Henderson’s big band.

Despite white bandleader Paul Whiteman’s claims to have put together the first "jazz orchestra" (he employed jazz musicians but did not play true jazz, playing dance music and more ambitious music – including Gershwin’s Rhapsody in Blue – instead) it was black bandleader Henderson who is credited with the first genuine "big band" jazz orchestra. In later years it was Henderson’s charts which established Benny Goodman’s Orchestra as a genuine jazz band. (In 1952 Decca issued the 10-inch LP, Fletcher Henderson Memorial Album, DL-6025, collecting some of his early recordings. That album is now worth from $50 to $125, depending on its condition. In the 1960s Columbia issued a four-LP boxed set, The Fletcher Henderson Story, C4L-19, now valued at between $30 and $75.) 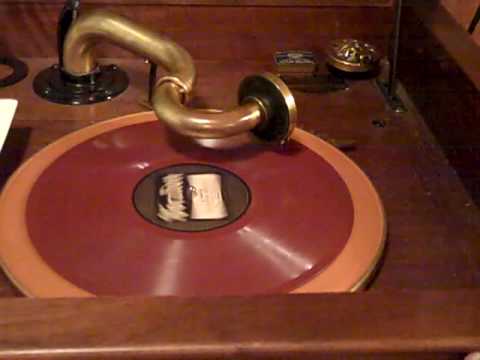 View other events that happened in 1924