Brando had a significant impact on film acting. He became known as the foremost example of the "method" acting style, and was initially much parodied for his "mumbling" diction, but his mercurial, often uncategorizable performances were held in the highest regard among his peers. Director Martin Scorsese said, "He is the marker. There's 'before Brando' and 'after Brando'.'" Actor Jack Nicholson once said, "When Marlon dies, everybody moves up one."

Brando was an activist, lending his presence to many issues, including the American Civil Rights and American Indian Movements.

Last Tango in Paris (Italian: Ultimo Tango a Parigi) is a 1972 Italian film directed by Bernardo Bertolucci which portrays a recent American widower who takes up an anonymous sexual relationship with a young, soon-to-be-married Parisian woman. It stars Marlon Brando, Maria Schneider and Jean-Pierre Léaud. The film's raw portrayal of sexual violence and emotional turmoil led to international controversy and drew various levels of government censorship. The MPAA gave the film an X rating upon release in the United States. After revisions were made to the MPAA ratings code, it was classified as an NC-17 in 1997. MGM released a censored R-rated cut in 1981. The film has its NC-17 rating for "some explicit sexual content." 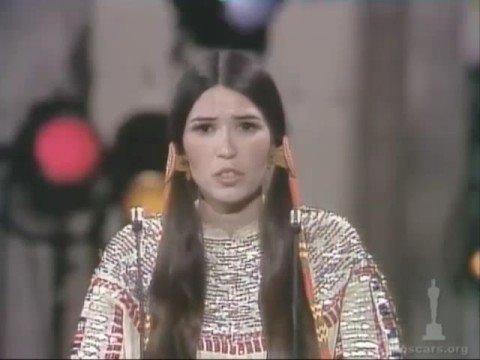