"The Pilgrim" (film) is Released

The Pilgrim is a 1923 American silent film made by Charlie Chaplin for the First National Film Company, starring Chaplin and Edna Purviance.

The film marks the last time Edna Purviance would co-star with Chaplin and the last film he made for First National. Purviance also starred in Chaplin's A Woman of Paris (1923) which had Chaplin in a brief cameo. It was Chaplin's second-shortest feature, constructed more like a two-reeler from his earlier career. It is also noted as the first film for Charles Riesner, who became a screenwriter in his later years.

In 1959, Chaplin included The Pilgrim as one of three films comprising The Chaplin Revue. Slightly re-edited and fully re-scored, the film contained a song, "I'm Bound For Texas", words and music written by Chaplin, sung by Matt Monroe. 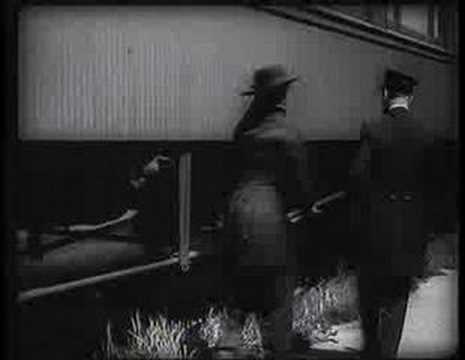