A series of financial events unfolded in the years 1921 though 1923 that would propel the Nazis to new heights of daring and would even prompt Hitler into attempting to take over Germany.

In April of 1921, the victorious European Allies of World War One, notably France and England, presented a bill to Germany demanding payment for damages caused in the war which Germany had started. This bill (33 billion dollars) for war reparations had the immediate effect of causing ruinous inflation in Germany.

The German currency, the mark, slipped drastically in value. It had been four marks to the U.S. dollar until the war reparations were announced. Then it became 75 to the dollar and in 1922 sank to 400 to the dollar. The German government asked for a postponement of payments. The French refused. The Germans defied them by defaulting on their payments. In response to this, in January 1923, the French Army occupied the industrial part of Germany known as the Ruhr.

For the moment, the people stood by their government, admiring its defiance of the French. But in September of 1923, the German government made the fateful decision to resume making payments. Bitter resentment and unrest swelled among the people, inciting extremist political groups to action and quickly bringing Germany to the brink of chaos.

The Nazis and other similar groups now felt the time was right to strike. The German state of Bavaria where the Nazis were based was a hotbed of groups opposed to the democratic government in Berlin. By now, November 1923, the Nazis, with 55,000 followers, were the biggest and best organized. With Nazi members demanding action, Hitler knew he had to act or risk losing the leadership of his Party.

Hitler and the Nazis hatched a plot in which they would kidnap the leaders of the Bavarian government and force them at gunpoint to accept Hitler as their leader. Then, according to their plan, with the aid of famous World War One General, Erich Ludendorff, they would win over the German Army, proclaim a nationwide revolt and bring down the German democratic government in Berlin. 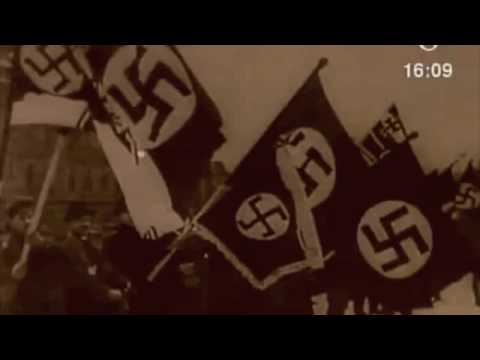