The Anglo-Irish Treaty would replace the Third Home Rule Bill and the Ireland Act and would result in a much more independent South Ireland, or Irish Free State as the new country was called.

The Irish Free State, or in Gaelic Saorstát Éireann, was for example permitted to have his own army. In return Britain would have a representative and some naval bases in Ireland. The Anglo-Irish Treaty still included an oath of allegiance to the English monarch as Head of State.
The Anglo-Ireland Treaty also provided in a commission to fine-tune the boundaries and Eamonn de Valera, the Sinn Féin leader, would become the first Prime Minister of the Irish Free State.

Robert Erskine Childers, the author of the Riddle of the Sands and former Clerk of the British House of Commons served as one of the secretaries of the Irish delegation. Tom Jones was one of Lloyd George's principal assistants, and described the negotiations in his book Whitehall Diary. Notably, the Irish President Éamon de Valera did not attend.

Winston Churchill had a dual role in the British cabinet concerning the Treaty. Firstly as Secretary for War hoping to end the Irish War of Independence in 1921; then in 1922 as Secretary for the Colonies (which included Dominion affairs) he was charged with implementing it. 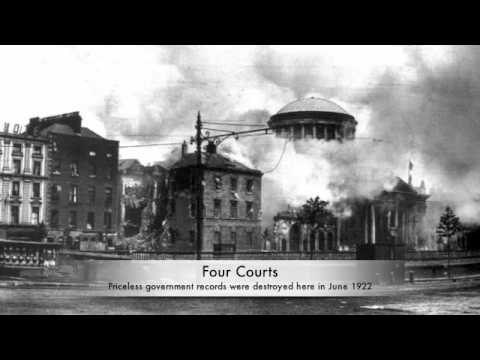