Carlo Pietro Giovanni Guglielmo Tebaldo Ponzi, commonly known as Charles Ponzi, was an Italian businessman and con artist in the U.S. and Canada.

His aliases include Charles Ponei, Charles P. Bianchi, Carl and Carlo. Born in Italy, he became known in the early 1920s as a swindler in North America for his money making scheme. Charles Ponzi promised clients a 50% profit within 45 days, or 100% profit within 90 days, by buying discounted postal reply coupons in other countries and redeeming them at face value in the United States as a form of arbitrage. In reality, Ponzi was paying early investors using the investments of later investors. This type of scheme is now known as a "Ponzi scheme". Ponzi was probably inspired by the scheme of William F. Miller, a Brooklyn bookkeeper who in 1899 used the same scheme to take in $1 million.

On August 11, it all came crashing down for Ponzi. First, the Post came out with a front-page story about his activities in Montreal 13 years earlier--including his forgery conviction and his role at Zarossi's scandal-ridden bank. That afternoon, Bank Commissioner Allen seized Hanover Trust after finding numerous irregularities in its books. Although the commissioner did not know it, this move foiled Ponzi's last-ditch plan to "borrow" funds from the bank vaults after all other efforts to obtain funds failed.

With reports that he was due to be arrested any day, Ponzi surrendered to federal authorities on August 12 and was charged with mail fraud for sending letters to his marks telling them their notes had matured. He was originally released on $25,000 bail, but after the Post released the results of the audit, the bail bondsman withdrew the bail due to concerns he might be a flight risk.

The news brought down five other banks in addition to Hanover Trust. His investors were practically wiped out, receiving less than 30 cents on the dollar. The Post won a Pulitzer Prize in 1921 for its exposure of Ponzi's fraud. 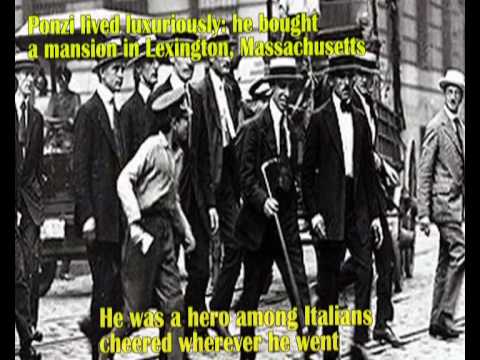