The Paris Peace Conference was the meeting of the Allied victors in World War I to set the peace terms for Germany and other defeated nations, and to deal with the empires of the defeated powers following the Armistice of 1918.

It took place in Paris in 1919 and involved diplomats from more than 30 countries. They met, discussed and came up with a series of treaties (Peace of Paris Treaties) in an attempt to form a lasting peace throughout the world. At its center were the leaders of the three great powers— President Woodrow Wilson of the United States, Prime Minister David Lloyd George of Britain , and Georges Clemenceau of France. Russia and Germany were not allowed to attend, but thousands of others came, each with a different agenda. Kings, prime ministers and foreign ministers with their crowds of advisers rubbed shoulders with journalists and lobbyists for a hundred causes, from independence of the countries of South Caucasus to women's rights. For six months the city was effectively the center of a world government as the peacemakers wound up bankrupt empires and created new countries. The most important results included a harsh punitive peace that declared Germany guilty, weakened it militarily, and required it to pay all the costs of the war to the winners. The Austro-Hungarian Empire was also dissolved and its disparate peoples created new states. Secondly, the Conference created the League of Nations.

Historians debate whether or not the harsh terms imposed on Germany helped the rise of the Nazis and cause World War II, or whether the terms were the best that could be expected, given the mood of the victors. 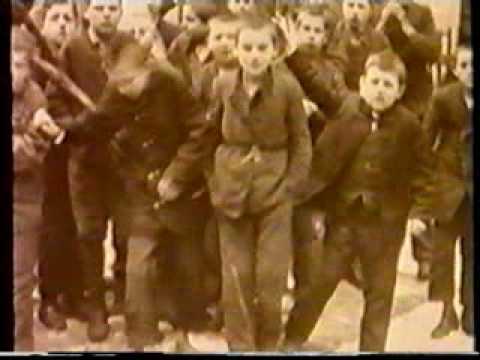 View other events that happened on January 18