200 tons of TNT blew up when some empty sacks caught fire. So great was the explosion that windows across the Thames estuary in Southend were shattered and the tremor was felt in Norwich. The crater made by the explosion was 40 yards across and 20 feet deep.

A brave attempt was made to extinguish the fire before it got out of control, but factory manager George Evetts ordered everyone to leave the site when the situation became hopeless. However, the explosion occured as everyone was leaving the site.

Included in the 109 dead, was the whole of the Works Fire Brigade. Many firemen died in subsequent smaller explosions on the site. Many bodies were recovered from the surrounding marshes and dykes, but seven were recorded as missing, most probably atomised by the explosion. Many of the dead were buried in a mass grave at Faversham Cemetery on 6th April 1916.

Although the actual number killed is not known for certain, it is likely that the death toll was 108. There were also large numbers of injuries; the number so great that the Cottage Hospital in Stone Street, Faversham could not cope and men had to be taken to two military hospitals and an Infirmary in the area. An account written by Dr. Evans who, with his driver reached Uplees after the first explosion, but before the second stated…”five of the National Guard who were on guard were killed instantly: of one, nothing but his rifle was ever found…a number of men 30 – 40 yards away from the explosion unharmed, while men 100 yards away were blown to pieces….; men had all their clothes blown off them and yet were unhurt.” “Some were blown into dykes and were wringing wet and shivering with shock; others were bleeding and some had half their clothes torn or burnt off.”

At 2.20pm on Sunday 2 April 1916, a huge explosion ripped through the gunpowder mill at Uplees, near Faversham, when 200 tons of TNT ignited. The blast killed 105 people and many were buried in a mass grave at Faversham Cemetery.

The weather might have contributed to the origins of the fire that followed on the morning of Sunday 2 April 1916. The previous month had been wet but had ended with a short dry spell so that by that Sunday the weather was "glorious" ... but provided perfect conditions for heat-generated combustion.

The munitions factory was in a remote spot in the middle of the open marshes of north Kent, next to the Thames coastline, which explains why the great explosion at about noon on 2 April was heard across the Thames estuary as far away as Norwich, Great Yarmouth and Southend-on-Sea, where domestic windows were blown out and two large plate-glass shop windows shattered.

The East Kent Gazette of Sittingbourne reported the explosion on 29 April. Although recognising the need for some censorship, it referred to the reply given in Parliament to the question as "mystifying and ambiguous" and called for the fullest precautions to be implemented to "prevent another calamity of the kind" occurring again.

Although not the first such disaster of this kind to have happened at Faversham’s historic munitions works, the April 1916 blast is recorded as "the worst ever in the history of the UK explosives industry", and yet the full picture is still somewhat confused. The reason for the fire is uncertain and considering the quantity of explosive chemical stored at the works — with one report indicating that a further 3,000 tons remained in nearby sheds unaffected — it is remarkable, and a tribute to those who struggled against the fire that so much of the nation's munitions were prevented from contributing further to the catastrophe.

The Secretary of State for War, Earl Kitchener, had in 1914 written to the management of the CPC, and it is presumed the ELC, instructing the workforce on "the importance of the government work upon which they (were) engaged". "I should like all engaged by your company to know that it is fully recognised that they, in carrying out the great work of supplying munitions of war, are doing their duty for their King and Country, equally with those who have joined the Army for active service in the field," Kitchener said. 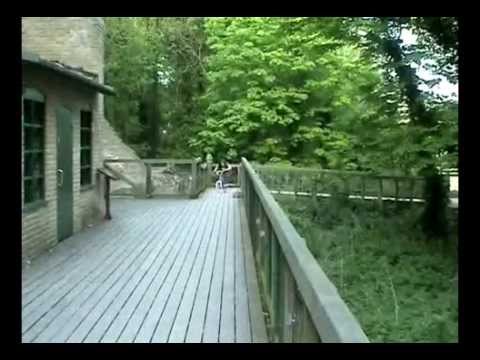