After the fall of Liege and Namur, the plucky Belgian army had retreated before the German hordes to the strongly fortified city of Antwerp, one of the largest and richest of all the ports in the world, with a population of 350,000. The Belgian court and King Albert's government had also retired within the Antwerp lines. Here the army of 120,000, commanded by General Moranville, awaited the siege that was sure to begin.

On August 23, 1914, the day of the battle of Mons, the Belgians learned that a large German force had been withdrawn from Belgium to assist in the attack on Mons. To relieve the pressure on the Allies by compelling the return of these German armies, General Moranville marched a single corps south and drove the Germans out of Malines. In retaliation, the Germans flew a Zeppelin over Antwerp, and several civilians were killed by the explosion of bombs.

Continuing their march, the Belgian army spread out, on a line from Termonde to Aerschot, capturing Alost, laying siege to Cortenburg, and threatening the German communications. Fearing von Kluck's flank might be attacked, the German high command hastily recalled the army of von Boehm from Mons and the army of General Beseler, which had been held in reserve at Lille.

The new German army, now numbering 200,000, went in pursuit of the Belgian corps, numbering 50,000, which had meanwhile taken Aerschot and Louvain. A four days' battle was fought, September 13, 1914 to September 17, 1914, on the line of the Malinès-Louvain railroad, resulting in the retirement of the Belgians to Antwerp. The Belgian army, however, had attained its object; which was to compel the recall of the German reinforcements, and the consequent relief of the pressure on the British and French armies at Mons and Charleroi.

The siege of Antwerp began September 28, 1914, when the huge German howitzers opened fire on the forts south of the River Nethe. The German guns had an effective range of seven and one-half miles, while the utmost range of the Belgian howitzers was only six miles. The Antwerp forts, therefore, were doomed from the beginning. Two of the forts were quickly silenced. On the third day of the siege, the Germans shelled the main waterworks of Antwerp. The dyke gave way and the water flooded the infantry trenches which had been dug between the forts, submerging the field guns and depriving the city of all its water supply except that drawn from artesian wells. Meanwhile, the Belgian army was being forced back across the Nethe River as each outlying fort collapsed.

The doom of the city was sealed on Friday, October 3, 1914, when the Belgian government prepared to transfer to Ostend. The evacuation of the civilians already was in progress, when a detachment of 6000 British marines arrived, in command of Brigadier General Paris, and accompanied by Winston Churchill, First Lord of the British Admiralty, who requested that the Belgian army postpone its evacuation till further reinforcements arrived. Against his better judgment, King Albert agreed. When first he had appealed for British aid, some days before, King Albert had expected that an army of 50,000 would be sent to the succour of Belgium, and no doubt the British would have been glad to have sent that number could they have done so.

Lord Churchill could only spare 6000 men in Antwerp's grave crisis, and this number, of course, could render no effective aid. He has been criticized by English historians for having urged King Albert to delay the evacuation of Antwerp until the entire Belgian army was in immediate danger of capture.

For this blunder, Churchill was relieved from office and given a colonel's commission in the British army. The evacuation of the Belgian army was so long delayed that only two-thirds of the forces were able to escape toward Ostend and Ghent. Full 30,000 Belgian and British soldiers were driven into Holland, where they were interned for the remainder of the war.

As the German besiegers closed in on Antwerp, the inhabitants of numerous adjacent towns fled for refuge into the city, until 500,000 civilians were centered there. On October 7, 1914, Antwerp was in a state of panic, as the roar of the German howitzers drew nearer. Fearing the fate visited upon the people of Louvain and Aerschot, the Antwerpians prepared for evacuation. Then ensued one of the wildest scenes in modern history—a whole population of 500,000 in panic flight. Before nightfall 250,000 had escaped from the doomed city, some by water, others by land.

The harbor was alive with crafts of all descriptions, submerged to the water line with the weight of their human freight. Many thousands escaped to Ghent; some 200,000 exiles on foot managed to reach Bergen in Holland, without food and penniless. Infants were prematurely born on the way and many elderly persons died by the wayside from exposure. The good people of Holland shared their food and shelter with these refugees.

Meanwhile, the military authorities in Antwerp had set fire to the petroleum tanks on the left bank of the Scheldt, and the dense black columns of smoke covered the doomed city like a pall, while masses of seething flames illuminated the foreground. Conflagrations had broken out in several parts of the city, and the incessant roar of guns, meteoric showers of fiery projectiles, and bursting of shells completed the frightful impression of a stupendous outbreak of baneful, unearthly forces.

The Siege of Antwerp was an engagement between the German and the Belgian armies during World War I. A small number of British and Austrian troops took part as well.

The German army invaded Belgium on the morning of August 4, 1914, two days after the decision of the Belgian government not to allow German troops unhindered passage to France.

The Belgian army found itself desperately outnumbered by the Germans and was limited to conduct a fighting retreat from the onset of the invasion. Early on in the campaign, the Belgian army had to relinquish control of the fortified cities of Liège (August 16) and Namur (August 24).

The city of Antwerp was defended by numerous forts and other defensive positions and was at the time considered to be impenetrable by a conventional ground attack. Since about 1860, the Belgian defence doctrine was centered on a retreat to Antwerp to hold off any aggressor until the European powers guaranteeing Belgium's neutrality would be able to intervene. When it became apparent that the Belgian field army would be unable to withstand the massive German offensive, King Albert I of the Belgians decided to execute this core element of the plan to defend the country and instructed a withdrawal to the "National Redoubt of Antwerp" on August 20.

The "National Redoubt of Antwerp" consisted of four defensive lines:

Most forts were of mid-19th Century construction, but most were modernised in the years leading up to the conflict. A number of forts of the principal line of resistance were of modern reinforced concrete construction.

The German attack and siege

After the retreat of the Belgian army into Antwerp, the German imperial high command initially detached only the 3rd Reserve Corps of the 1st Army to the city as a covering force.

The Belgian army was committed to offering strategic support to its French and British allies and conducted two sorties out of Antwerp to force the German army to detach additional troops to the siege and to harass the enemy lines of communication during the battle of the Marne. A first sortie on August 25 and 26 and a second raid from September 9 to September 13 forced the German army to make significant troop diversions from the front line in France to Antwerp.

The order to launch an all-out attack on the city came on September 7, when the heavy siege artillery units had become available following the siege of the French forts of Maubeuge. The German Army launched a first artillery bombardment on September 28, and made some immediate and important gains. The defenses were unable to withstand German 42 cm "Big Bertha" howitzers (not to be confused with the later Paris Gun) and Austrian 30.5 cm howitzers.

From the onset of the main assault it became apparent that the Belgian army would not be able to hold out for any substantial length of time. Moreover, the continuing advance of the German army through Belgium and France threatened to cut off any escape route from the city.

On October 1 the Belgian government sent a telegram to the British announcing that they would retreat from Antwerp in three days time. The British government allowed the First Lord of the Admiralty Winston Churchill to go over to establish which assistance would be required to strengthen the Belgian defences. He telegrammed back that Antwerp would have to be reinforced and then relieved. On the night of October 3 a brigade of British marines arrived as the first element of the Naval Division. This was a great morale boost to the Belgians, but failed to alter the predicament of the city.

October 5 was a crucial date during the Siege of Antwerp; the German army broke through the Belgian defences in the town of Lier, 20 kilometers southeast of Antwerp and moved on to the town of Dendermonde (south of Antwerp) where it attempted to cross the river Scheldt. This pincer movement of the German army threatened to block the western retreat route of the Belgian army out of Antwerp. With its eastern and southern flanks being blocked by German troops and its northern escape route closed off by the Belgian-Dutch border, the Belgian army evacuated Antwerp via a series of pontoon bridges over the Scheldt and left the city to its own defenses.

The last Belgian elements of the field army fled westwards towards the coast on October 8 and the Germans entered the city on October 9 after having established that the defensive positions had been abandoned. The Belgian Lieutenant-General Deguise offered the unconditional surrender of the remaining garrison troops. A substantial number of Belgian troops and elements of the Naval Division fled into the neutral Netherlands and ended up being interned for the duration of the war.

The mayor of Antwerp, Jan De Vos, offered the formal capitulation on October 10 and the Siege of Antwerp was over. The city of Antwerp would remain occupied by German troops until November 1918.

The Belgian army eventually stopped the German advance on the banks of the river Yser. 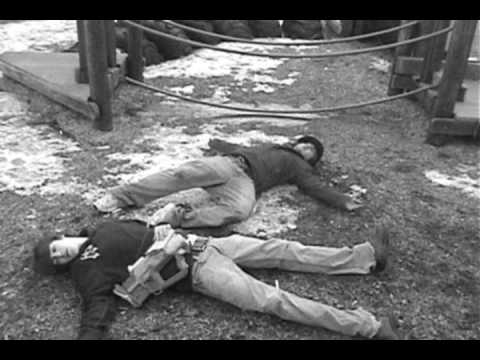 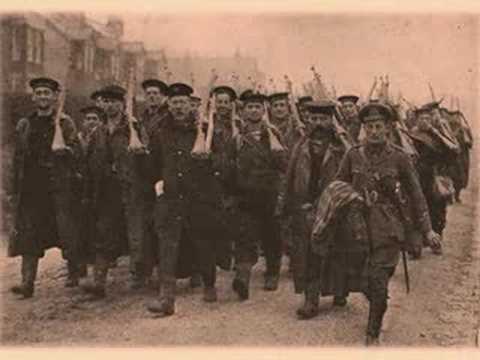 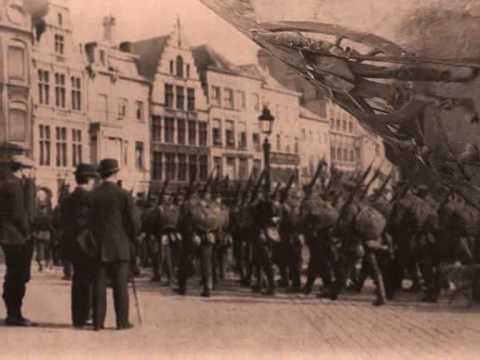