First Battle of the Aisne

The First Battle of the Aisne (French: 1re Bataille de l'Aisne) was the Allied follow-up offensive against the right wing of the German First Army (led by Alexander von Kluck) & Second Army (led by Karl von Bülow) as they retreated after the First Battle of the Marne earlier in September 1914. The offensive began on the evening of 13 September, after a hasty pursuit of the Germans.

When the Germans turned to face the pursuing Allies on September 13, they held one of the most formidable positions on the Western front. Between Compiegne and Berry-au-Bac, the river winds westward and is about one hundred feet wide, ranging from twelve to fifteen feet deep. Low-lying ground extends a mile on each side, rising abruptly to a line of steep cliffs three to four hundred feet high, then gently leveling to a plateau. The Germans settled on the higher northern side two miles (3 km) beyond the crest, behind a dense thicket that covered the front and slope.

Low crops in the unfenced countryside offered no natural concealment to the Allies. Deep, narrow paths, cut into the escarpment at right angles, exposed infiltrators to extreme hazard. The forces on the northern plateau commanded a wide field of fire.

In a dense fog on the night of September 13, most of the BEF crossed the Aisne on pontoons or partially demolished bridges, landing at Bourg-et-Comin on the right and at Venizel on the left. At Chivres, east of Venizel, was an escarpment the Germans had selected as their strongest position. Meanwhile the French Fifth Army crossed Aisne at Berry-au-Bac and captured the eastern tip of Chemin des Dames, a steep ridge named after the royal coach road Louis XV had built for his daughters. Contact was established along the entire front. East of Chemin des Dames, the French Fourth, Fifth and Ninth armies made only negligible progress beyond the positions they had reached on September 13.

Under the thick cover of the foggy night, the BEF advanced up the narrow paths to the plateau. When the mist evaporated under a bright morning sun, they were mercilessly cross-raked by fire. Those caught in the valley without the fog's protective shroud fared no better.

It soon became clear that neither side could budge the other, and since neither chose to retreat, the impasse hardened into stalemate that would lock the antagonists into a relatively narrow strip for the next four years. On September 14, Sir John French oredered the entire BEF to entrench, but few digging tools were available. Soldiers scouted nearby farms and villages for pickaxes, spades and other implements. Without training for stationary warfare, the troops merely dug shallow pits in the soil. These were at first intended only to afford cover against enemy observation and shell fire. Soon the trenches were deepened to about seven feet. Other protective measures included camouflage and holes cut into trench walls then braced with timber.

Trench warfare was also new for the Germans, whose training and equipment were designed for a mobile war to be won in six weeks, but they quickly adapted their weapons to the new situation. Siege howitzers now lobbed massive shells into Allied trenches. Skillful use of trench mortars, rifle grenades and hand grenades (first used against English troops on September 27), enabled the Germans to inflict great injuries upon Allied troops, who had neither been trained nor equipped with these weapons. Searchlights, flares and periscopes were also part of the German equipment intended for other purposes, but turned to effective use in the trenches.

A shortage of heavy weapons handicapped the British. Only their 60-pounders (four to a division) were powerful enough to shell enemy gun emplacements from the Aisne's south shore, and these guns were inferior to German cannons in caliber, range and numbers. Four batteries of 6-inch (150 mm) guns (a total of sixteen) were rushed from England. Though a poor match against the German 8-inch (200 mm) howitzers, they helped somewhat. Defensive firpower was limited to rifles and two machine guns alloted to each battalion. The British regulars were excellent marksmen, but even their combined accuracy was no match for the German machine guns and grenades.

The British had equipped very few of their airplanes with radio sets, and those that were initially so equipped were used just to report troop movements. But it was only natural for aviators to recognize the advantage of directing or spotting artillery fire. On September 24, Lieutenants B.T. James and D.S. Lewis, flying over the German lines, detected three well-concealed enemy gun batteries that were inflicting considerable damage on British positions. They radioed back the location of the batteries, then droned in a wide circle waiting to spot the gunner's exploding shells. Anti-aircraft fire was desultory and inaccurate. The BEF used only percussion shells of which, according to Canadian sources, "not one in several hundred ever hit its aerial target, and fell to earth frequently at some point in the British lines and there burst".

For a three-week period following the unexpected development of trench warfare, both sides gave up frontal assaults and began gradually trying to encircle each other's flank. The period is called "Race to the Sea". As the Germans aimed for the Allied left flank, the Allies sought the German right wing.

The BEF, left exhausted by the Aisne battle, remained relatively inactive. It was mainly the French who engaged the Germans in the "Race" but the British grew increasingly alarmed as the Germans advanced. Winston Churchill, First Lord of the Admiralty, determined to prevent the Germans from capturing other channel ports which could be used as bases to attack English shipping. In late September, he arrived in France to arrange the transfer of the BEF to the north. By October 10 all but one corps had reached their staging areas in the Saint-Omer-Hazebrouck section, where the last camouflaged move was not detected by air reconnaissance until October 8, too late to muster adequate forces against the British.

Meanwhile, the Belgian Army became a growing threat to German communication lines as the battle shifted northward. The Germans made plans on September 28 to capture the port of Antwerp and crush the Belgian forces. This important maritime city was encircled by an obsolete fortress system that could not withstand even 6-inch shells. An outer ring of eighteen forts ranged from seven to nine miles from the city, an inner ring from one to two miles. Each fort was armed with two machine guns, but lacked telephone communications and means for observing gunfire. One 6-inch gun poked out at each mile, none of these forts had high explosive projectiles or smokeless gunpowder, and several thousand surrounding acres had been cleared to provide unobstructed fields of fire.

At daybreak on September 29, General Hans von Beseler, called from retirement at the age of sixty-five, arrayed six divisions in an arc facing the outer ring of forts. The heavy siege howitzers that had destroyed the defenses of Namur and Liège had been placed well beyond the range of Belgian artillery. Aided by aircraft spotting, German gunners quickly found their targets. Belgian guns belched dense, black smoke puffs revealing their exact location and the fields cleared by the defenders deprived the forts of any concealment. Two of the forts were quickly reduced to rubble; the others fell in methodical succession. Without waiting for the outcome, the Belgian government and 65,000 troops departed from Ostend that night, leaving an army of 80,000 to hold off the enemy. Next day the entire outer ring collapsed, prompting a mass evacuation of civilians to neutral Holland. A British Royal Marine Division joined the defending troops during the attack, but even this combined force was unable to stem the German drive. After six days of stubborn fighting, the remaining garrison retired across the Scheldt River to the southern border of Holland, while the rest of the Belgian army retreated to the South, subsequently attaching itself to General Foch's Ninth Army. 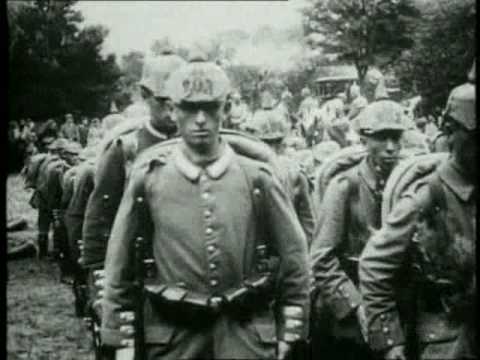 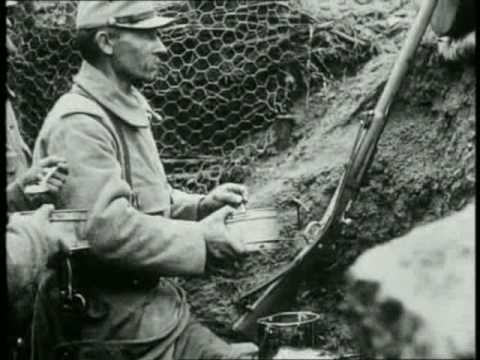 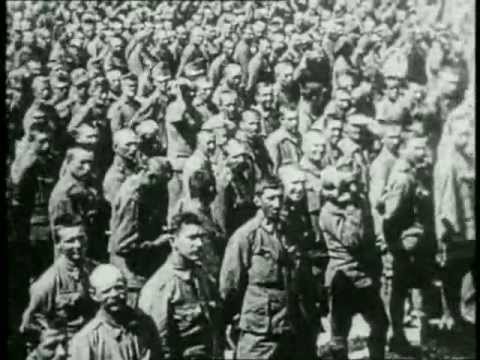 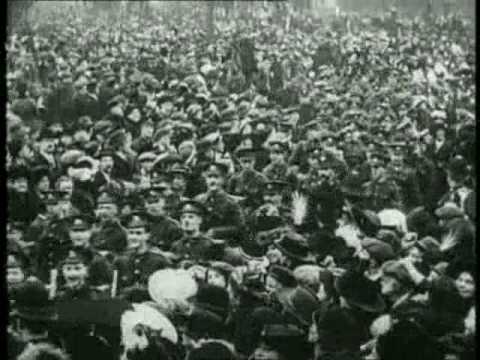