Several German raiders roamed the seas in the early months of the war, taking many prizes before being finally rounded up.

Of these, the most resourceful and daring was the third-class cruiser Emden, commanded by Captain Karl von Muller. By means of supply ships, Captain von Muller was enabled to raid the southern seas for nearly three months without touching land. After looting the captured merchantmen it was his practice to sink all but one of them. This ship he filled with the prisoner crews and passengers he had captured, sending them to the nearest port. Some of the prize ships he used as colliers, placing in charge his petty officers.

The Emden, quitting Japanese waters when the war opened, steamed into the harbor of Madras, in British India, with the French flag flying and bombarded the town, setting on fire two large oil tanks. Before leaving Bengal Bay, the German raider sank twenty-one steamers, with $45,000,000 worth of merchandise on board.

The British government sent a squadron in pursuit of the Emden. Within a short time the British cruiser Yarmouth captured two of the Emden's colliers off the coast of Sumatra. This left Captain von Muller short of coal. He sought to replenish this supply by an audacious ruse.

Knowing that the Yarmouth had sailed from Penang in his pursuit, he boldly decided to enter that harbor in search of coal. By means of a false funnel and the ingenious use of canvas, he disguised his ship so as to make it resemble the Yarmouth, and on the evening of October 28, 1914, entered the harbor of Penang.

A Russian cruiser and three French destroyers were then on guard in the harbor. They hailed the Emden by wireless and were assured that the vessel was the Yarmouth returning to harbor.

The Emden actually approached to within 600 yards of the Russian cruiser before the ruse was discovered. Too late the Russian ship opened fire. The Emden riddled the Russian vessel with shell fire and she sank in fifteen minutes.

Quickly leaving the harbor, the Emden sighted an ammunition ship and was preparing to capture her when a French destroyer appeared and gave battle. The Emden sank the destroyer, but at this juncture a cruiser from Penang headed for the Emden and Captain Muller put off for the Indian Ocean.

Nothing further was heard of the Emden until November 9, 1914, when the raider endeavored to cut the British cables and the wireless plant on the Cocos Islands, southwest of Java, hoping to prevent British communication with India, Australia, and South Africa. A landing party from the Emden did cut what appeared to be the true cables, but instead were false cable-ends set up by the British authorities, who had foreseen the attempted destruction of the cables and forestalled it.

Unfortunately for von Muller, a convoy of troop ships from Australia was passing within 100 miles, accompanied by the cruisers Melbourne and Sidney. Notified by wireless of the Emden's whereabouts, they started in pursuit, reaching the Cocos Islands in three hours. Knowing that escape was impossible, because of the foul bottom of his vessel, von Muller decided to give battle. At full speed the Emden steamed straight for the Sydney, and even landed one shell on her forebridge, but the Sydney fairly riddled the raider with shell, disabling her.

Captain von Muller was made prisoner and permitted to keep his sword. With the capture, an hour later, of a German collier, the career of the Emden, greatest of sea raiders, was ended.

Captain von Müller took the ship through the Sunda Strait towards the Cocos Islands, where he planned to destroy the Eastern Telegraph Company wireless station at Direction Island, thereby crippling Allied communication in the Indian Ocean. He aimed to make for Socotra afterwards and plague Allied merchant shipping on the Bombay-Aden line.[1] However, this was not to be.

By now, no fewer than sixty Allied warships were combing the Indian Ocean in search of Emden. Emden reached Direction Island on 9 November 1914. Captain von Müller decided to send a landing party ashore to destroy the station's radio tower and equipment under Emden's First Lieutenant Helmuth von Mücke.[1] Fifty seamen with rifles and machine guns were sent ashore. The British civilians did not resist and Emden's landing party even agreed not to knock the radio tower down over the island's little tennis court.

Unfortunately for Emden, Superintendent Darcy Farrant of the Eastern Telegraph Company had seen Emden's fourth funnel and had sent out a general call of a strange warship in the area. The Australian light cruiser HMAS Sydney, armed with eight 6 inch guns, was dispatched at 0630 hrs from an Australian troop convoy en route to Colombo. Being a mere 55 miles (80 km) north of Direction Island, she arrived there in about three hours.

When lookouts on Emden spotted the Sydney approaching, Captain von Müller had no choice but to raise anchor, leave his landing party on Direction Island, and engage the Australian cruiser. Sydney was larger and faster than Emden and outranged her, but still the fight went on for nearly an hour and a half. Early on, Emden managed to knock out a gun on Sydney and destroy the Australian ship's rangefinder. However, Emden herself suffered massive damage, being struck over 100 times by shells from Sydney. Her firing dwindled and Captain von Müller beached Emden on North Keeling Island at 1115 hrs to avoid sinking.

At this point, Sydney left the scene to pursue a collier that had been supporting Emden. Returning at 1630 hrs to the beached cruiser, Sydney's commander, Captain John Glossop, saw that Emden was still flying her battle flag, denoting her intention to continue resistance. A signal requesting surrender was sent, but was not answered. Sydney re-opened fire on Emden, causing further casualties before Emden finally struck her colours. Glossop later said that he "felt like a murderer" for ordering the last salvos, but had no choice under the circumstances. German losses were 131 dead and 65 wounded. Captain von Müller and the rest of his crew were made prisoners of war. The officers were, however, allowed to retain their swords as a mark of honour. Sydney then steamed to Direction Island to verify the state of the wireless station and the cable. However, since it was already too dark to make a landing by then, Captain Glossop had no choice but to lie off until the next morning.

In the meantime, Lieutenant von Mücke, leader of the German landing party had hoisted the Imperial German flag, declaring the island a German possession, putting all Englishmen under martial law and making arrangements for the defence of the beach, installing machine guns and having trenches dug. Having observed the battle between his ship and the Sydney, he gave orders for an old sailing vessel, the 123 ton, three-masted schooner Ayesha, to be made ready for sailing. Though she was old and rotten, von Mücke had her repaired so well that, before sunset, all of the German landing party and their weapons boarded her and set sail. 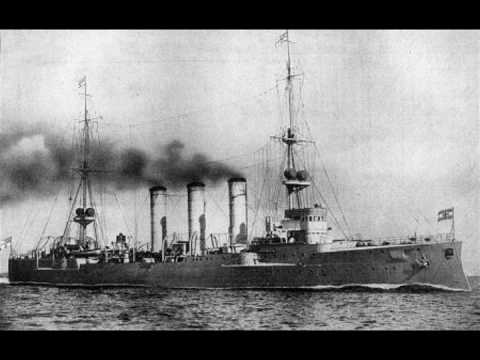 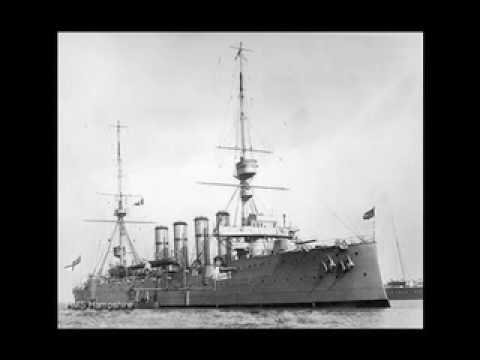