The couple had traveled to America in 1898, leaving behind the community of Isola delle Femmine off the coast of Sicily and the waters where the DiMaggios had been fishermen for generations.

Joseph Paul "Joe" DiMaggio (November 25, 1914 – March 8, 1999), born Giuseppe Paolo DiMaggio, Jr., was an American baseball player for the New York Yankees. He was voted into the Baseball Hall of Fame in 1955. He was the middle of three brothers who each became major league center fielders, the others being Vince and Dom.

DiMaggio was a 3-time MVP winner and 13-time All-Star (the only player to be selected for the All-Star Game in every season he played). At the time of his retirement, he had the fifth-most career home runs (361) and sixth-highest slugging percentage (.579) in history. He is perhaps best known for his 56-game hitting streak (May 15–July 16, 1941), a record that still stands. A 1969 poll conducted to coincide with the centennial of professional baseball voted him the sport's greatest living player.

Joe DiMaggio was born in Martinez, California, the eighth of nine children born to immigrants from Italy, Giuseppe (1872–1949) and Rosalia (Mercurio) DiMaggio (1878–1951). He was delivered by a midwife identified on his birth certificate as Mrs. J. Pico. He was named after his father; "Paolo" was in honor of Giuseppe's favorite saint, Saint Paul. The family moved to San Francisco, California when Joe was one year old.

The franchise is the defending World Champion of Major League Baseball and lead the League in both revenue and titles, with 27 World Series championships and 40 American League Pennants. They have more championships than any other franchise in North American professional sports history, passing the 24 Stanley Cup championships by the Montreal Canadiens in 1999. Throughout the team's history, the franchise has produced some of the most celebrated players in Major League history, including Babe Ruth, Lou Gehrig, Joe DiMaggio, Mickey Mantle, and Yogi Berra. The franchise has seen 44 of its players inducted into the Baseball Hall of Fame, and the Yankees have retired the numbers of 16 of its players. 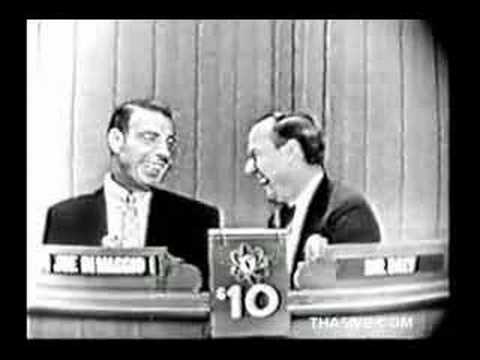 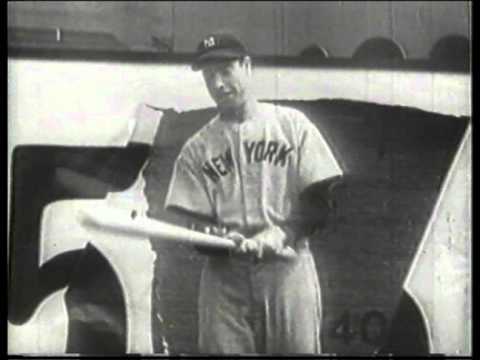