November, being the prime month for such monsters to start materializing, has had more than its share of super storms. As Polar outbreaks become more regular and intense, surging south into the area, they meet up with the warmer, moisture laden air from the Gulf of Mexico. Add to this a roaring jet stream with lots of energy and you have the ingredients for dynamic storm development.

While this occurs with some regularity during fall and winter months in the Great Lakes, there are probably a dozen or so mammoth storms which are noted in history for their severity, creating extensive losses in life and property, particularly to the shipping industry. While controversy may exist about which storm was the strongest and produced the most devastation, one could hardly deny that the fall storm of November 7-12th, 1913 ranks near or at the top! In fact, it is generally agreed that the November 1913 storm (which concentrated more on Lake Huron for its death and destruction) was the greatest ever to strike the Great Lakes. No other Great Lakes storm even begins to compare in modern history with its death toll of 235 lives (possibly more, as ship personnel records back then weren't the best) and up to forty shipwrecks. Of these wrecks, eight were large Lake freighters that sank below Lake Huron's stormy surface, taking all hands with them.

All of the 5 Great Lakes experience adverse weather conditions from time to time. A lakefront resident will tell you that it gets “windy” perhaps a dozen times a year. Small craft warnings are posted as regional conditions occur and storm warnings may be set on the lakes two or three times a year. The average weather event has a life of 24 to 36 hours. History tells us that occasionally, perhaps once or twice a century, a storm will result in weather that has a materially adverse effect on commercial shipping and on the property of shorefront entities. Most historians agree that the most significant and most dreadful of these events occurred on Lake Huron over the weekend of November 8th, 9th and 10th 1913. It alone is known by all marine men as “The Storm.” 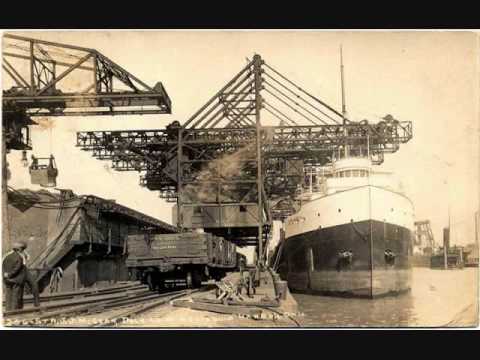