In 1908, Houdini introduced his own original invention, the Milk Can escape.

In this effect, Houdini would be handcuffed and sealed inside an over-sized milk can filled with water and make his escape behind a curtain. As part of the effect, Houdini would invite members of the audience to hold their breath along with him while he was inside the can. Advertised with dramatic posters that proclaimed "Failure Means A Drowning Death", the escape proved to be a sensation. Houdini soon modified the escape to include the Milk Can being locked inside a wooden chest, being chained or padlocked, and even inside another Milk can. Houdini only performed the Milk Can escape as a regular part of his act for four years, but it remains one of the effects most associated with the escape artist. Houdini's brother, Theodore Hardeen, continued to perform the Milk Can (and the wooden chest variation) into the 1940s.

Houdini called the Milk Can "the best escape that I have ever invented." What made it great was not its difficulty -- it was perhaps the simplest of all his escapes -- but his dramatic presentation. Houdini biographer Kenneth Silverman describes the whole routine:

In performance Houdini poked and pounded the can to demonstrate its solidity. When he walked offstage a moment, stagehands filled it to overflowing with twenty or so pails of water. Returning in a bathing suit, he first invited the audience to experience what long submersion might be like. He asked them to time themselves while holding their breath. Then he squeezed himself into the can, the displaced water splashing onto the stage. Long before a minute elapsed, most spectators gave up, gasping. Houdini, however, stepped out of the can, smiling, to perform the actual test. 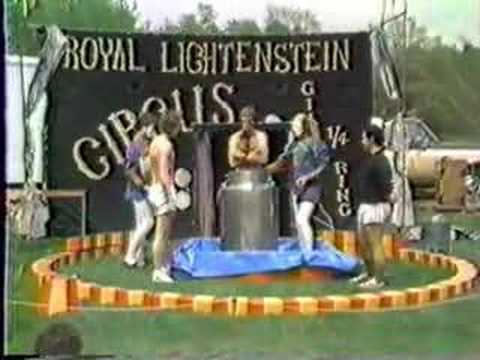