Fred A. Dobson Begins Filming The Skyscrapers Of New York

On November 8, 1906, cameraman Fred A. Dobson began filming The Skyscrapers of New York atop an uncompleted skyscraper at Broadway and 12th Street.

The American Mutoscope and Biograph Company melodrama tells the story of a construction foreman who fires a crew member for fighting, leading the disgruntled employee to steal. The storyline weaves in and around actual construction of a New York skyscraper. A fascinating record of early twentieth-century building techniques, Skyscrapers captures brick masons in action, workers maneuvering a steel girder into place, and a group of men descending a crane line.

Combining several innovations—steel structure, elevators, central heating, electrical plumbing pumps and the telephone—skyscrapers came to dominate American skylines at the turn of the century. The world's tallest building when it opened in 1913, architect Cass Gilbert's 793-foot Woolworth Building was considered a leading example of tall building design. Soon one of many new towering structures, the Woolworth building and other skyscrapers symbolized America's "can do" spirit. 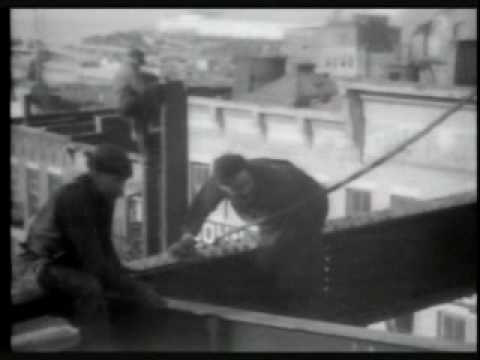 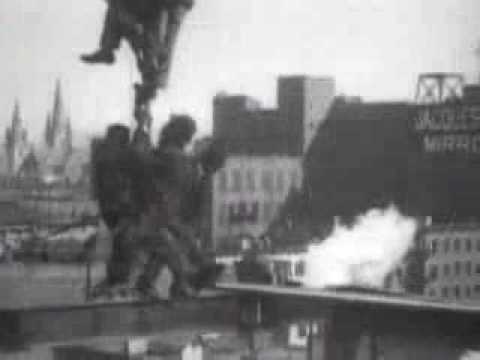 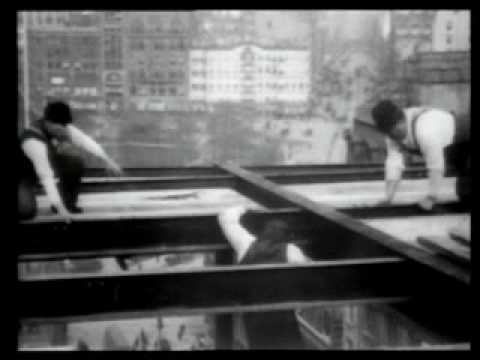