The disaster occurred in clear sunny weather on June 22, 1893, during fleet maneuvers off the coast of Syria.

The officer in command, Vice Admiral Sir George Tryon, was a fearsome martinet with a reputation as a master of complicated ship handling. He had an elaborate plan for bringing his fleet to anchor, providing onlookers a spectacle of precision maneuvering. On a gorgeous, crystal-clear afternoon, the 10 battleships of the Mediterranean fleet were drawn up in two parallel columns, 1200 yards apart, heading directly away from port out to sea. Tryon then ordered a crash 180-degree turn in succession. The intention apparently was for each pair of ships in order to turn inwards and create a breathtaking view of the ships' wakes fanning out while the ships came about only 400 yards from each other and proceeded in the opposite direction from their original course, heading towards the land. Then the ships were to turn 90 degrees to form one column, and anchor in unison. The 90-degree turn was very similar to the key maneuver of the Grand Fleet at the Battle of Jutland in 1916; back in 1893, John Jellicoe, who was to command at Jutland and order that masterful deployment, was serving as the exec of the Victoria.

Victoria capsized just 13 minutes after the collision, rotating to starboard with a terrible crash as her boats and anything free fell to the side and as water entering the funnels caused explosions when it reached the boilers. With her keel uppermost, she slipped down into the water bow first, propellers still rotating and threatening anyone near them. Most of the crew managed to abandon ship, although those in the engine room never received orders to leave their posts and were drowned. Those who escaped had to contend with the suction from the sinking ship. A circular wave spread out from it which repeatedly drew down those in the water. All manner of items broke loose from the ship as it sank and came shooting up amongst the men. The area around the wreck became a "widening circle of foaming bubbles, like a giant saucepan of boiling milk", which the rescue boats did not dare enter. Onlookers watched as the number of live men in the water steadily reduced. Lieutenant Lorin, one of the survivors, described "all sorts of floating articles came up with tremendous force, and the surface of the water was one seething mass. We were whirled round and round, and half choked with water, and dashed about amongst the wreckage until half senseless." Gunner Frederick Johnson reported that three times he was sucked down and that while originally there were 30-40 people around him, afterwards there were only three or four.

In 2004 the wreck of the Victoria was discovered by diver Christian Francis. She was found in 140 metres of water off the coast near Tripoli in Lebanon and was located using sonar. The most amazing aspect of the wreck is that unlike all others she sits vertically with about two thirds of her above the sea bed. The upright position is assumed to have been caused by the huge weight of her fore guns which would have dragged her down bow first. The wreck has already been declared a war grave and an exclusion zone has been imposed around her whilst the English and Lebanese authorities determine her legal status. 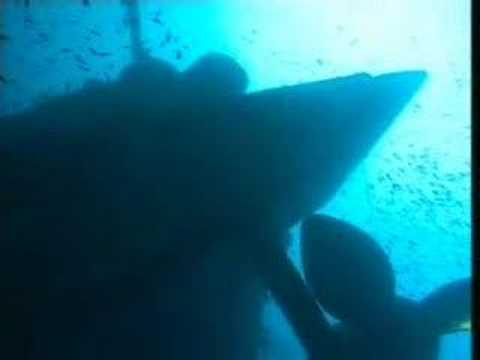 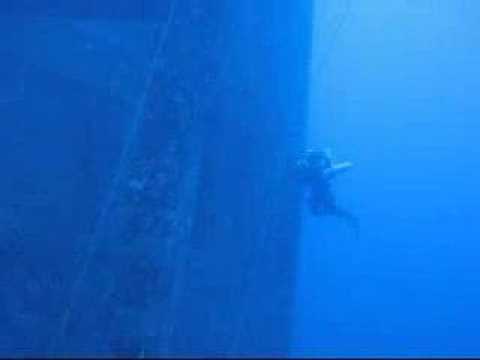