In April 1887, Tesla began investigating what would later be called X-rays using his own single terminal vacuum tubes (similar to his patent #514,170). This device differed from other early X-ray tubes in that it had no target electrode.

The modern term for the phenomenon produced by this device is bremsstrahlung (or braking radiation). We now know that this device operated by emitting electrons from the single electrode through a combination of field electron emission and thermionic emission. Once liberated, electrons are strongly repelled by the high electric field near the electrode during negative voltage peaks from the oscillating HV output of the Tesla Coil, generating X rays as they collide with the glass envelope. He also used Geissler tubes. By 1892, Tesla became aware of the skin damage that Wilhelm Röntgen later identified as an effect of X rays.
In the early research, Tesla devised several experimental setups to produce X-rays. Tesla held that, with his circuits, the "instrument will [... enable one to] generate Roentgen rays of much greater power than obtainable with ordinary apparatus".
He also commented on the hazards of working with his circuit and single-node X-ray-producing devices. Of his many notes in the early investigation of this phenomenon, he attributed the skin damage to various causes. He believed early on that damage to the skin was not caused by the Roentgen rays, but the ozone generated in contact with the skin, and to a lesser extent, nitrous acid. Tesla held that these were longitudinal waves, such as those produced in waves in plasma. There are known examples of this and these plasma waves can occur in the situation of force-free magnetic fields. His hypotheses and experiments were confirmed by others.
Tesla continued research in the field. He performed several experiments prior to Roentgen's discovery (including photographing the bones of his hand; later, he sent these images to Roentgen) but did not make his findings widely known; much of his research was lost in the 5th Avenue lab fire of March 1895.

The Electrical Review in 1896 published X-rays of a man, made by Tesla, with X-ray tubes of his own design. They appeared at the same time as when Roentgen announced his discovery of X-rays. Tesla never attempted to proclaim priority. Roentgen congratulated Tesla on his sophisticated X-ray pictures, and Tesla even wrote Roentgen's name on one of his films. He experimented with shadowgraphs similar to those that later were to be used by Wilhelm Rontgen when he discovered X-rays in 1895. 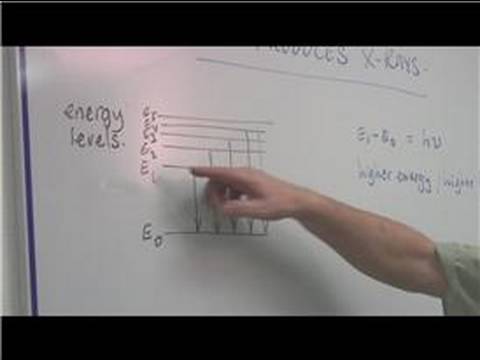 View other events that happened in April 1887