At approximately 7:15 p.m. on the stormy night of 28 December 1879, the central navigation spans of the Tay bridge collapsed into the Firth of Tay at Dundee, taking with them a train, 6 carriages and 75 souls to their fate.

At the time, a gale estimated at Beaufort force 10/11 was blowing down the Tay estuary at right angles to the bridge. The collapse of the bridge, only opened 19 months and passed safe by the Board of Trade, sent shock waves through the Victorian engineering profession and general public.

The disaster is one of the most famous bridge failures and to date it is still one of the worst structural engineering failures in the British Isles.

In Edinburgh, the 4.15pm train to Dundee left on time, making its way north across Fife, before arriving at St Fort, the last station before the Tay Bridge crossing. There, 72 passengers were counted, which, along with the train's three crewmen, are accepted as being the disaster's final death toll. The train then made its way across the bridge, on time for its 7.20pm arrival. It would never arrive.

Only one eyewitness seems to have observed what happened from the southern end. Railway worker John Watt had been sheltering in a signalman's hut when the train set out. He watched the light on the guard's wagon until it was in the vicinity of the highest part of the bridge. Then Watt observed two events: the light was seen to "fall away" and bright flashes appeared from what he surmised was the front part of the train. He remarked to the signalman: "either the girders or the train is down."

Investigators quickly determined many faults in design, materials, and processes that had contributed to the failure. Bouch claimed to have received faulty information regarding wind loading, but his later statements indicated that he may have made no allowance for wind load at all. Bouch had been advised that calculating wind loads was unnecessary for girders shorter than 200 feet (61 m), and had not followed this up for his new design with longer girders. The section in the middle of the bridge, where the rail ran inside high girders (through trusses), rather than on top of lower ones (deck trusses), to allow a sea lane below high enough for the masts of ships, was potentially top heavy and very vulnerable to high winds. Neither Bouch nor the contractor appeared to have regularly visited the on-site foundry where iron from the previous half-built bridge was recycled. The cylindrical cast iron columns supporting the 13 longest spans of the bridge, each 245 ft (75 m) long, were of poor quality. Many had been cast horizontally, with the result that the walls were not of even thickness, and there was some evidence that imperfect castings were disguised from the (very inadequate) quality control inspections. In particular, some of the lugs used as attachment points for the wrought iron bracing bars had been "burnt on" rather than cast with the columns. However, no evidence of the burnt-on lugs has survived, and the normal lugs were very weak. They were tested for the Inquiry by David Kirkaldy and proved to break at only about 20 long tons (20 t) rather than the expected load of 60 long tons (61 t). These lugs failed and destabilised the entire centre of the bridge during the storm. 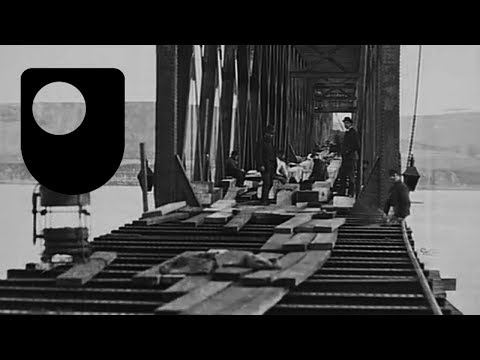 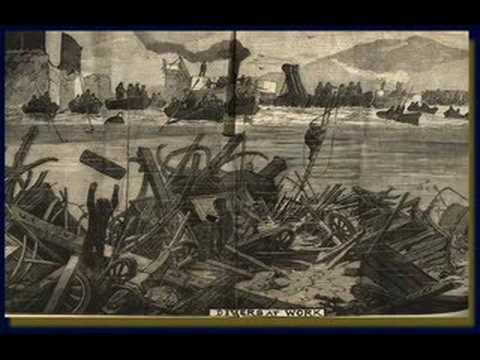