Thomas Alva Edison Completes The Model For The First Phonograph

August 12, 1877, is the date popularly given for Thomas Alva Edison's completion of the model for the first phonograph, a device that recorded sound onto tinfoil cylinders.

It is more likely, however, that work on the model was not finished until November or December of that year, since Edison did not file for the patent until December 24, 1877.

While working to improve the efficiency of a telegraph transmitter, Edison noted that the tape of the machine gave off a noise resembling spoken words when played at a high speed. This caused him to wonder if he could record a telephone message. Edison began experimenting with the diaphragm of a telephone receiver by attaching a needle to it. He reasoned that the needle could prick paper tape to record a message. His experiments led him to try a stylus on a tinfoil cylinder, which, to his great surprise, played back the short message he recorded, "Mary had a little lamb."

Edison's discovery was met first with incredulity, then awe, earning him the moniker "The Wizard of Menlo Park." The sound recording industry, which evolved from Edison's invention, soon emerged as a source of popular entertainment as recordings of concerts, comedic sketches, opera and other performances were made available to the American public to play on their phonographs.

Thomas Alva Edison (February 11, 1847 – October 18, 1931) was an American inventor, scientist and businessman who developed many devices that greatly influenced life around the world, including the phonograph, the motion picture camera, and a long-lasting, practical electric light bulb. Dubbed "The Wizard of Menlo Park" by a newspaper reporter, he was one of the first inventors to apply the principles of mass production and large teamwork to the process of invention, and therefore is often credited with the creation of the first industrial research laboratory.

Edison is considered one of the most prolific inventors in history, holding 1,093 U.S. patents in his name, as well as many patents in the United Kingdom, France and Germany. He is credited with numerous inventions that contributed to mass communication and, in particular, telecommunications. His advanced work in these fields was an outgrowth of his early career as a telegraph operator. Edison originated the concept and implementation of electric-power generation and distribution to homes, businesses, and factories - a crucial development in the modern industrialized world. His first power plant was on Manhattan Island, New York.

Electric lights were something to marvel at…the old Edison phonograph with its wax cylinder records and earphones was positively ghostly…and trolley cars, well they too were past understanding!” 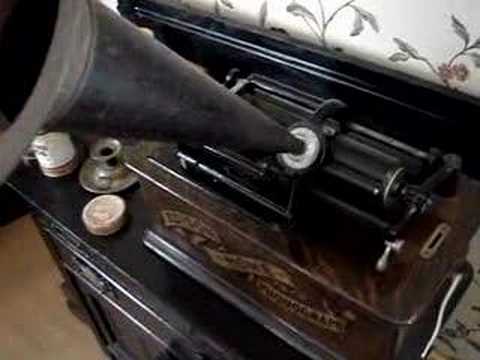