Victoria Woodhull Becomes the First Woman to Run for President

Victoria Claflin Woodhull (September 23, 1838 – June 9, 1927) was an American suffragist who was described by Gilded Age newspapers as a leader of the American woman's suffrage movement in the 19th century.

Woodhull was nominated for President of the United States by the newly formed Equal Rights Party on May 10, 1872, at Apollo Hall, New York City. A year earlier, she had announced her intention to run. Her nomination was ratified at convention on June 6, 1872. Former slave Frederick Douglass was nominated for Vice President. Douglass never acknowledged this nomination. Instead, he served as a presidential elector in the United States Electoral College for the State of New York.

While many historians and authors agree that Woodhull was the first woman to run for President of the United States, some people have questioned the legality of her run, usually citing one of the following reasons:

The government declined to print her name on the ballot.

This criticism is not valid as the government was not responsible for printing ballots. In 1872, political parties were responsible. This practice changed in the United States between the years 1888-1892 with the adoption of the Australian ballot. The Washington Post, about fifty years after the election, claimed that the Equal Rights Party published ballots bearing her name and that they were handed out at the polls. Because no Equal Rights Party ballot for 1872 has been preserved, this claim cannot be confirmed. The first woman to appear on a presidential ballot printed by the government was Charlene Mitchell in 1968.

She was under the constitutionally mandated age of 35.

This is the most cited criticism in the 20th and 21st centuries, but was hardly noticed in the 19th. The presidential inauguration was in March 1873. Woodhull's 35th birthday was in September 1873. Some contend attorney Belva Lockwood was the first woman to run for President, because she was over the age of 35 when she ran in 1884 and 1888. However, some of the other criticisms about the legality of Woodhull's run also apply to Lockwood. There also is no legal primary evidence that Woodhull was born in 1838. Ohio did not require the registration of births until 1867. The probate court in Licking County, Ohio, burned down in 1875, destroying all previously recorded records except land records.

She did not receive any electoral and/or popular votes.

While it is true that Woodhull received no electoral votes, there's evidence that Woodhull did receive popular votes that were not counted. Official election returns also show about 2,000 "scattering votes." it is unknown whether any of those scattering votes were cast for her. Supporters contend that her popular votes were not counted because of gender discrimination and prejudice against her views, while critics contend the votes were not counted because they had other legal defects besides gender. The first woman to receive an electoral vote was Libertarian Tonie Nathan, who received a vote for Vice President in 1972.

Women could not legally vote until August 1920.

Although it is true that most women could not legally vote until 1920, some women did legally vote and hold public office prior to 1920. The Wyoming Territory granted women the vote in 1869. Susanna M. Salter was elected Mayor of Argonia, Kansas, in 1887, and Jeannette Rankin of Montana was elected to Congress in 1916. In New York, Woodhull's state of residency, the state took away the right of propertied women to vote in 1777. In 1871, Woodhull went to the polls for a local election in New York and was allowed to register, but when she returned to vote, her ballot was refused by election officials. Some believe that when the 19th amendment passed giving women the right to vote, it implicitly gave women the right to run for President. For that reason, they contend Senator Margaret Chase Smith was the first woman to run for President in 1964 when she was put forward as a possible nominee at the Republican Party San Francisco convention. Smith is often called the first woman to be nominated for President by a major party, but the July 6, 1920 issue of the Bridgeport Connecticut Telegram reported that Laura Clay and Cora Wilson Stewart of Kentucky were put forward as possible Presidential nominees at the Democratic Party San Francisco convention and received "the first vote cast for a woman in the convention of either of the two great parties."

She was a woman.

This was the most cited legal impediment in the 19th century. Some of Woodhull's contemporaries believed that because she was a woman she was not a citizen and, therefore, not entitled to vote. Since the Constitution required that the President be a citizen, she would also be excluded from holding the office of President. Others believed women were citizens, but that the states had the right to limit the franchise to males only. Some Woodhull supporters believed that even if Woodhull could not vote legally, that would not have excluded her from running for public office. United States law has its roots in English common law, and under English common law, there was an established precedent of women holding public office.

It was not just her gender that made Woodhull's campaign notable; her association with Frederick Douglass stirred up controversy about the mixing of whites and blacks and fears of miscegenation. The Equal Rights Party hoped to use these nominations to reunite suffragists with civil rights activists, as the exclusion of female suffrage from the Fifteenth Amendment two years earlier had caused a substantial rift. The circumstances leading up to Woodhull's nomination had also created a rift between Woodhull and her former supporter Susan B. Anthony, and almost ended the collaboration of Anthony with Elizabeth Cady Stanton. Stanton, who had unsuccessfully run for Congress in New York in 1868, was more sympathetic to Woodhull. When Anthony cast her vote in the presidential election, she voted for Grant.

Like many of Woodhull's protests, this was first and foremost a media performance, designed to shake up the prejudices of the day. Vilified in the media for her support of free love, Woodhull devoted an issue of Woodhull & Claflin's Weekly (November 2, 1872) to a rumored affair. She alleged an affair between Elizabeth Tilton and Reverend Henry Ward Beecher, a prominent Protestant figure (who incidentally was a supporter of female suffrage). She published this article to highlight what she saw as a sexual double-standard between men and women.

On Saturday, November 2, 1872, just days before the presidential election, U.S. Federal Marshals arrested Woodhull, her second husband Colonel James Blood, and her sister Tennie C. Claflin on charges of "publishing an obscene newspaper."The sisters were held in the Ludlow Street Jail for the next month, a place normally reserved for civil offenses, but which contained more hardened criminals as well. The arrest was arranged by Anthony Comstock, the self-appointed moral defender of the nation at the time, and the event incited questions about censorship and government persecution. Woodhull, Claflin, and Blood were acquitted on a technicality six months later, but the arrest prevented Victoria from attempting to vote during the 1872 presidential election. The publication of the Beecher-Tilton scandal led Theodore Tilton, husband of Elizabeth Tilton, to sue Beecher for "alienation of affection" in 1875. The trial was sensationalized across the nation, eventually resulting in a hung jury.

Woodhull attempted to secure nominations for the presidency again in 1884 and 1892. The newspapers in 1892 reported that she was nominated by the "National Woman Suffragists' Nominating Convention" on September 21 at Willard's hotel in Boonville, New York presided over by Anna M. Parker, President of the convention. Mary L. Stowe of California was nominated as the vice presidential candidate, but some woman's suffrage organizations repudiated the nominations, stating the nominating committee was not authorized. Her 1892 campaign was probably taken less seriously because newspapers quoted her as saying she was "destined" by "prophecy" to be elected President of the United States in 1892.

The Run for Presidency in 1872

Woodhull was chosen by the Equal Rights Party to run for president because she represented her party’s platform and was arguably the most famous female in the US during the 1872 elections. She was a respected politician, author and suffragist who fought for equality of all men and women regardless of class, stature, gender, religion, race or creed.

According to a biographical website, Woodhull believed in many of the rights and privileges US citizens take for granted today. She was an advocate of the eight-hour workday and social welfare among many other important issues. She also believed in the concept of free love having been divorced herself.

Woodhull ran at time when women did not have the right to vote and the Civil War was looming in the not so distant past. 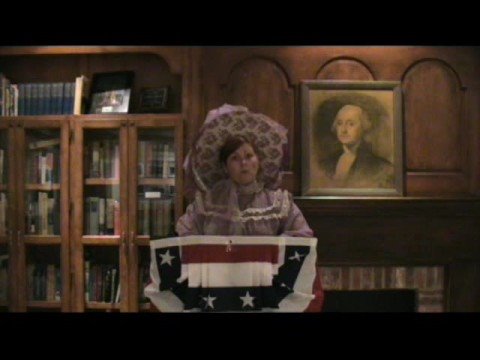 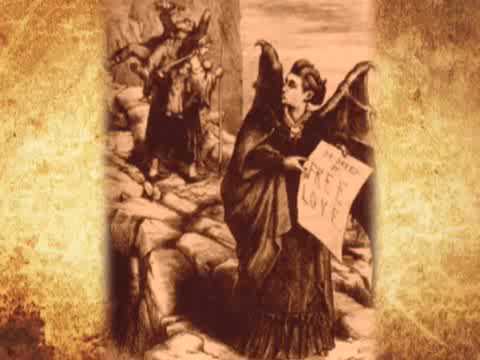