His father was a shopkeeper and a professional cricketer until he broke his leg. In his early childhood, Wells developed love for literature. His mother served from time to time as a housekeeper at the nearby estate of Uppark, and young Wells studied books in the library secretly. When his father's business failed, Wells was apprenticed like his brothers to a draper. He spent the years between 1880 and 1883 in Windsor and Southsea, and later recorded them in KIPPS (1905). In the story Arthur Kipps is raised by his aunt and uncle. Kipps is also apprenticed to a draper. After learning that he has been left a fortune, Kipps enters the upper-class society, which Wells describes with sharp social criticism.

Herbert George Wells was an English author, now best known for his work in the science fiction genre. He was also a prolific writer in many other genres, including contemporary novels, history, politics and social commentary. Together with Jules Verne, Wells has been referred to as "The Father of Science Fiction".

Wells was an outspoken socialist and sympathetic to pacifist views, although he supported the First World War once it was under way, and his later works became increasingly political and didactic. His middle period novels (1900–1920) were less science-fictional; they covered lower-middle class life (The History of Mr Polly) and the "New Woman" and the Suffragettes (Ann Veronica).

Herbert George Wells, the son of an unsuccessful tradesman, was born in Bromley on 21st September, 1866. After a basic education at a local school, Wells was apprenticed as a draper. Wells disliked the work and in 1883 became a pupil-teacher at Midhurst Grammar School. 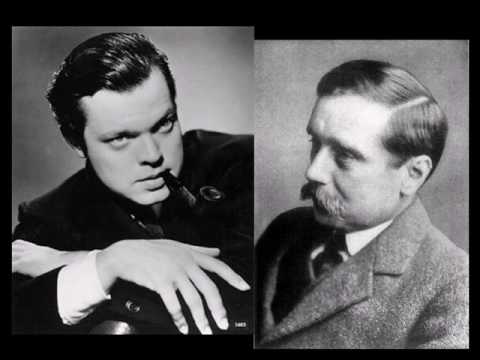