John Yates Beall (January 1, 1835 - February 24, 1865) was a Confederate privateer in the American Civil War who was arrested as a spy in New York and executed at Governors Island, New York.

He was born in Jefferson County, Virginia, now West Virginia, on his father's farm, Walnut Grove. He attended the University of Virginia to study law but on the death of his father he left his studies to take up farming in 1855. At the start of the war he joined Bott's Grays, Company G, in the 2nd Virginia Infantry. He received a wound in the lungs which left him incapable of active service.

Inspired by John Hunt Morgan, he conceived a plan to launch privateers on the Great Lakes. He presented his plan to Confederate authorities, who were interested but declined to act since it might endanger the neutral relations with England. However, Beall was commissioned as acting master in the Confederate States Navy, though not given a command. He then proceeded on his own as a privateer, active in the areas of the Potomac River and Chesapeake Bay. He assembled a crew of 18 men, and commanded 2 boats called The Raven and The Swan. His second in command was a 22-year old Scotsman named Bennett G. Burley. Beall was captured in November, 1863, and was jailed at Fort McHenry, in Baltimore until he was exchanged on May 5, 1864.

On his release he returned to Canada in order to implement a plan to release Confederate prisoners on Johnson's Island. On September 18, 1864, with a small group of volunteers he captured the ship Philo Parsons, and then the Island Queen, which was scuttled. However, at this point the crew refused to act further on the mission without outside assistance. Beall reluctantly agreed and together they sailed for Sandwich, Canada, where they scuttled the Philo Parsons and separated, all escaping arrest except for Bennett G. Burley, whose extradition was demanded by U.S. authorities.

Beall then decided to free some captured Confederate officers by derailing a passenger train, but he and a companion, George S. Anderson were arrested in Niagara, New York on December 16, 1864. They were imprisoned at Fort Lafayette, New York. Anderson agreed to testify against Beall in return for leniency, and General John Adams Dix ordered a military commission for Beall's trial, which began on January 17, 1865. He was represented by James T. Brady. The arrest of Beall had not been published in any of the newspapers, and Confederate authorities were unaware of his status. On February 8th the commission found him guilty on all charges and sentenced him to death.

The story of Beall's arrest and trial then appeared in the newspapers, and efforts were made to save him. Appeals were made by many prominent people, including six U.S. Senators and ninety-one members of Congress, but President Lincoln refused to intervene and Beall was executed on February 24, 1865.

BEALL, John Yates, Confederate guerrilla and sailor: b. Walnut Grove,
Jefferson county, Va., Jan. 1, 1835; hangeded on Governor's Island, N. Y.,
Dec. 24, 1864. He was descended from an honorable Virginia family and was
educated for the law. The death of his father, however, compelled him to
abandon his profession in 1855. He farmed in Jefferson county until the
outbreak of the war, when he volunteered with his command, the "Botts Grays"
and was mustered into Company G, Second Virginia infantry. After
being incapacitated by a wound, he went West and then moved into Canada.
While in the latter country, he contrived a plan to liberate the Confederate
prisoners at Johnson's Island. With this plan in mind, he returned South and
solicited the approval of the Confederate authorities. He was commissioned
as acting master in the Confederate navy, but was not assigned to command.
On his own initiative he began a series of exciting privateering enterprises
along the Potomac River and Chesapeake Bay, but he was captured in November,
1863, and confined in irons at Fort McHenry, Baltimore. This led to reprisals
by the Confederate government and ultimately on May 5, 1864, Beall was exchanged.
Unable to secure the approval of the government, he went to Canada without
orders to carry out his favorite plan of liberating the prisoners on Johnson's
Island. On Sept. 18, 1864, with a small band of picked men, he captured the
Philo Parsons and the Island Queen and would probably have reached Johnson's
Island, but for a mutiny in his crew and the miscarriage of other plans.
He was forced to abandon his project and was captured in citizen's clothing
at Niagra, N. Y., on Dec. 16, 1864. He was hurried to New York, was tried as
a guerrilla and was executed. The Confederacy assumed responsibility for his
actions, but could not prevent the execution of the sentence. His fortitude
and courageous bearing during his trial and death were commended even by his enemies. 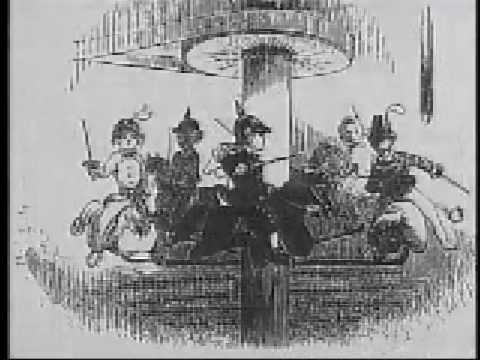 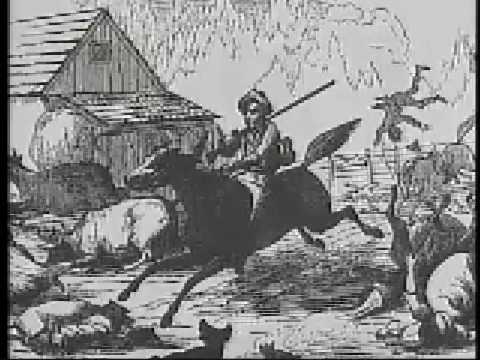