The Battle of Berryville was fought September 3 and September 4, 1864, in Clarke County, Virginia. After taking control of Smithfield Summit on August 29, Union Maj. Gen. Philip H. Sheridan marched to Berryville with his 43,000 man Army of the Shenandoah. At the same time Confederate Lt. Gen. Jubal A. Early sent Maj. Gen. Joseph B. Kershaw's division east from Winchester to Berryville. At about 5:00 p.m., Kershaw attacked Colonel Joseph Thoburn's division of the VIII Corps while they were preparing to go into camp. Kershaw routed Thoburn's left flank before the rest of the corps came to the rescue. Darkness ended the fighting, with both sides bringing in heavy reinforcements. The next morning, Early, seeing the strength of the Union's entrenched line, retreated behind Opequon Creek. 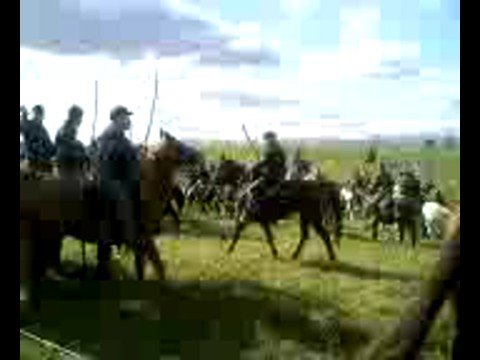