The Battle of Gettysburg, fought in and around the town of Gettysburg, Pennsylvania, was the battle with the largest number of casualties in the American Civil War and is often described as the war's turning point.

After his success at Chancellorsville in May 1863, Lee led his army through the Shenandoah Valley for his second invasion of the North, hoping to reach as far as Harrisburg, Pennsylvania, or even Philadelphia, and to influence Northern politicians to give up their prosecution of the war. Prodded by President Abraham Lincoln, Maj. Gen. Joseph Hooker moved his army in pursuit, but was relieved just three days before the battle and replaced by Meade.

The two armies began to collide at Gettysburg on July 1, 1863, as Lee urgently concentrated his forces there. Low ridges to the northwest of town were defended initially by a Union cavalry division, which was soon reinforced with two corps of Union infantry. However, two large Confederate corps assaulted them from the northwest and north, collapsing the hastily developed Union lines, sending the defenders retreating through the streets of town to the hills just to the south.

…he can still remember the peaches on the trees across the field, and the corn being knee high, and how hot it was the day they fought.”

The Battle of Gettysburg began on July 1, 1863. Emboldened by his victory at Chancellorsville, Confederate General Robert E. Lee had decided to invade the North. In September of the previous year, he had ventured north into Maryland where, at Antietam, the bloodiest day of the war occurred. Although the battle was a draw, Lee's invasion was turned back, but the next summer he made another foray northward.

On June 30, General John Buford of the Union's Army of the Potomac and his cavalry had taken possession of Seminary Ridge west of Gettysburg. Union General George Reynolds arrived with the First Corps on July 1 to assist Buford. Reynolds opened the battle but was struck by a bullet and killed before noon. His death set the tone for the day. Both armies suffered devastating losses on the first day of the battle, but Union losses proved much greater. While the first day of the battle was counted as a Confederate victory, the tide turned on July 2 and the battle came to be viewed as the turning point of the Civil War. 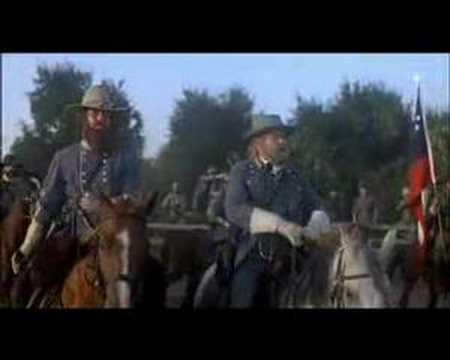