Battle of Chancellorsville (May 3)

On May 3, Maj. Gen. A. P. Hill, who had taken command of the Second Corps following Jackson's injuries, was incapacitated.

Hill consulted with Brig. Gen. Robert E. Rodes, the next most senior general in the corps, and Rodes acquiesced in Hill's decision to summon J. E. B. Stuart to take command, notifying Lee after the fact. Stuart launched a massive assault all along the front, aided by Hooker who was withdrawing troops from Hazel Grove, and then set up artillery on the spot to bombard Union artillerists. Fierce fighting broke out that evening when Stuart launched another massive assault against the Union lines, which were slowly crumbling from the pressure and a lack of resupply and reinforcements. By that afternoon, the Confederates had captured Chancellorsville, and Hooker pulled his battered men back to a line of defense circling United States Ford, their last remaining open line of retreat.

Still, Lee could not declare victory, and Hooker was not conceding defeat either. During the peak of the fighting at Chancellorsville on May 3, he again called on Sedgwick to break through and attack Lee's rear. Again that general delayed until it was too late. That afternoon, he finally did attack Early's position (after Early at one point abandoned it himself thanks to a misinterpreted order from Lee), and broke through. But he did it too late in the day to help Hooker. In fact, a single brigade of Alabama troops led by Brig. Gen. Cadmus M. Wilcox staged a delaying action along the Orange Plank Road west of Fredericksburg and slowed Sedgwick's already-sluggish advance. Reinforcements under Maj. Gen. Lafayette McLaws arrived from Chancellorsville late in the afternoon and joined Wilcox at Salem Church, four miles (6 km) west of Fredericksburg, and the combined Confederate force halted Sedgwick's march to Chancellorsville.

At the height of the fighting on May 3, Hooker suffered an injury when a Confederate cannonball hit a wooden pillar he was leaning against at his headquarters. He later wrote that half of the pillar "violently [struck me] ... in an erect position from my head to my feet." He likely received a concussion, which was sufficiently severe to render him unconscious for over an hour. Although clearly incapacitated after he arose, Hooker refused to turn over command temporarily to his second-in-command, Maj. Gen. Darius N. Couch, and, with Hooker's chief of staff, Maj. Gen. Daniel Butterfield, and Sedgwick out of communication (again due to the failure of the telegraph lines), there was no one at headquarters with sufficient rank or stature to convince Hooker otherwise. This failure affected Union performance over the next day and directly contributed to Hooker's seeming lack of nerve and timid performance throughout the rest of the battle.

The fighting on May 3, 1863, was some of the most furious anywhere in the war and would have ranked among the bloodiest battles of the Civil War by itself. About 18,000 men, divided equally between the two armies, fell 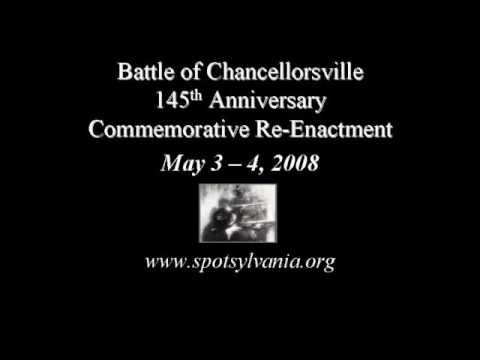