Confederate Forces Surrender at the Siege of Vicksburg

Gen. Ulysses S. Grant’s armies converged on Vicksburg, investing the city and entrapping a Confederate army under Lt. Gen. John Pemberton. On July 4, Vicksburg surrendered after prolonged siege operations. This was the culmination of one of the most brilliant military campaigns of the war. With the loss of Pemberton’s army and this vital stronghold on the Mississippi, the Confederacy was effectively split in half. Grant's successes in the West boosted his reputation, leading ultimately to his appointment as General-in-Chief of the Union armies.

The Siege of Vicksburg was the final major military action in the Vicksburg Campaign of the American Civil War. In a series of maneuvers, Union Maj. Gen. Ulysses S. Grant and his Army of the Tennessee crossed the Mississippi River and drove the Confederate army of Lt. Gen. John C. Pemberton into the defensive lines surrounding the fortress city of Vicksburg, Mississippi.

When two major assaults (May 19 and May 22, 1863) against the Confederate fortifications were repulsed with heavy casualties, Grant decided to besiege the city beginning on May 25. With no re-enforcement, supplies nearly gone, and after holding out for more than forty days, the garrison finally surrendered on July 4. This action (combined with the capitulation of Port Hudson on July 9) yielded command of the Mississippi River to the Union forces, which would hold it for the rest of the conflict.

The Confederate surrender following the siege at Vicksburg is sometimes considered, when combined with Gen. Robert E. Lee's defeat at Gettysburg the previous day, the turning point of the war. It also cut off communication with Confederate forces in the Trans-Mississippi Department for the remainder of the war. The city of Vicksburg would not celebrate Independence Day for about eighty years as a result of the siege and surrender as well. 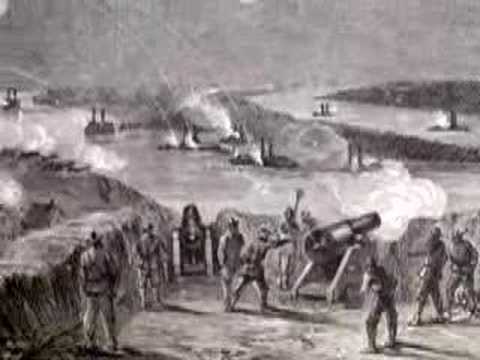