In the Second Emancipation Proclamation, Lincoln also formally recognised the right of black men to enlist in the army, and shortly afterwards the first all-black division, the 54th Massachusetts, was formed.

However, the reaction to these coloured recruits was not always favourable, and Negro soldiers suffered attacks from Confederate and Union troops alike. Their contribution to the Union war effort was considerable: at the end of the war, 10% of the army was black, and 38,000 Negro soldiers gave their life for the cause. McPherson states that 'the organisation of black regiments marked the 'transformation of a war to preserve the Union into a revolution to overthrow the old order'. Unsurprisingly, the Confederacy viewed the Emancipation Proclamation with disgust, threatening to execute prisoners of war in retaliation. Although this was rarely carried out, Confederate forces routinely butchered captured black troops, and their refusal to accept Negroes as soldiers led to the eventual breakdown of prisoner of war exchanges, with tragic consequences.

The Emancipation Proclamation marked the transition from a war to preserve the Union, where fighting was restricted to the battlefield, to a total war, seeking to destroy the Old South and using any means possible to achieve it. It enraged the Confederacy and emphasised the divided nature of the Union. Racial integration was a concept that seemed unpleasant to the majority of American people. However, Lincoln was keen to speed up the Confederate demise, and depriving them of around 3.5M workers would certainly help this aim. Black soldiers fought bravely in the Union army, and in some cases won the respect of their colleagues. The growing abolitionist movement was pleased, and the Proclamation ended the threat of British or French aid for the Confederacy. Unpopular and divisive it may have been, but Lincoln's Emancipation Proclamation was a bold and courageous step towards racial equality, and Union victory.

Thursday, January 1, 1863, was a bright, crisp day in the nation's capital. The previous day had been a strenuous one for President Lincoln, but New Year's Day was to be even more strenuous. So he rose early. There was much to do, not the least of which was to put the finishing touches on the Emancipation Proclamation. At 10:45 the document was brought to the White House by Secretary of State William Seward. The President signed it, but he noticed an error in the superscription. It read, "In testimony whereof I have hereunto set my name and caused the seal of the United States to be affixed." The President had never used that form in proclamations, always preferring to say "In testimony whereof I have hereunto set my hand. . . ." He asked Seward to make the correction, and the formal signing would be made on the corrected copy.

The traditional New Year's Day reception at the White House began that morning at 11 o'clock. Members of the Cabinet and the diplomatic corps were among the first to arrive. Officers of the Army and Navy arrived in a body at half past 11. The public was admitted at noon, and then Seward and his son Frederick, the Assistant Secretary of State, returned with the corrected draft. The rigid laws of etiquette held the President to his duty for 3 hours, as his secretaries Nicholay and Hay observed. "Had necessity required it, he could of course have left such mere social occupation at any moment," they pointed out, "but the President saw no occasion for precipitancy. On the other hand, he probably deemed it wise that the completion of this momentous executive act should be attended by every circumstance of deliberation." 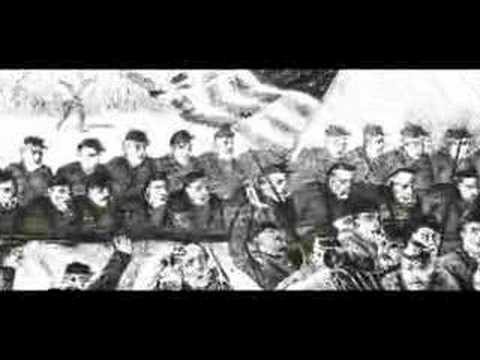