The first one, issued September 22, 1862, declared the freedom of all slaves in any state of the Confederate States of America that did not return to Union control by January 1, 1863.

The second order, issued January 1, 1863, named ten specific states where it would apply. Lincoln issued the Executive Order by his authority as "Commander in Chief of the Army and Navy" under Article II, section 2 of the United States Constitution.
The Emancipation Proclamation was criticized at the time as freeing only the slaves over which the Union had no power. Although most slaves were not freed immediately, the Proclamation brought freedom to thousands of slaves the day it went into effect in parts of nine of the ten states to which it applied (Texas being the exception). Additionally, the Proclamation provided a legal framework for the emancipation of nearly all four million slaves as the Union armies advanced, and committed the Union to ending slavery, which was a controversial decision even in the North. The proclamation did not name the border states of Kentucky, Missouri, Maryland, or Delaware, which had never declared a secession, and so it did not free any slaves there. The state of Tennessee had already mostly returned to Union control, so it also was not named and was exempted. Virginia was named, but exemptions were specified for the 48 counties that were in the process of forming West Virginia, as well as seven other named counties and two cities. Also specifically exempted were New Orleans and thirteen named parishes of Louisiana, all of which were also already mostly under Federal control at the time of the Proclamation.

However, in other Union-occupied areas of CSA states besides Tennessee, the Proclamation went into immediate effect and at least 20,000 slaves were freed at once on January 1, 1863. Hearing of the Proclamation, more slaves quickly escaped to Union lines as the Army units moved South. As the Union armies conquered the Confederacy, thousands of slaves were freed each day until nearly all (approximately 4 million, according to the 1860 census) were freed by July 1865.

Near the end of the war, abolitionists were concerned that since the Proclamation was a war measure, it had not permanently ended slavery. Several former slave states had already passed legislation prohibiting slavery; however, some slavery continued to be legal, and to exist, until the institution was ended by the ratification of the Thirteenth Amendment on December 18, 1865.

Almost from the beginning of his administration, Lincoln was pressured by abolitionists and radical Republicans to issue an Emancipation Proclamation. In principle, Lincoln approved, but he postponed action against slavery until he believed he had wider support from the American Public. The passage of the Second Confiscation Act by Congress on July 17, 1862, which freed the slaves of everyone in rebellion against the government, provided the desired signal. Not only had Congress relieved the Administration of considerable strain with its limited initiative on emancipation, it demonstrated an increasing public abhorrence toward slavery.

Lincoln had already drafted what he termed his "Preliminary Proclamation." He read his initial draft of the Emancipation Proclamation to Secretaries William H. Seward and Gideon Welles on July 13, 1862. For a moment, both Secretaries were speechless. Quickly collecting his thoughts, Seward said something about anarchy in the South and possible foreign intervention, but with Welles apparently too confused to respond, Lincoln let the matter drop.

Brett (A.) & Co. Abraham Lincoln.
N.Y. Jones & Clark [186?].
(Library of Congress, Stern Collection, Rare Book and Special Collections Division.)
Nine days later, on July 22, Lincoln raised the issue in a regularly scheduled Cabinet meeting. The reaction was mixed. Secretary of War Edwin M. Stanton, correctly interpreting the Proclamation as a military measure designed both to deprive the Confederacy of slave labor and bring additional men into the Union Army, advocated its immediate release. Treasury Secretary Salmon P. Chase was equally supportive, but Montgomery Blair, the Postmaster General, foresaw defeat in the fall elections. Attorney General Edward Bates, a conservative, opposed civil and political equality for Blacks but gave his qualified support. Fortunately, President Lincoln only wanted the advice of his Cabinet on the style of the Proclamation, not its substance. The course was set.

The Cabinet meeting of September 22, 1862, resulted in the political and literary refinement of the July draft, and on January 1, 1863, Lincoln composed the final Emancipation Proclamation. It was the crowning achievement of his administration.

The original autograph was lost in the Chicago fire of 1871. Surviving photographs of the document show it primarily in Lincoln's own hand. The superscription and ending are in the hand of a clerk, and the printed insertions are from the September draft.

As the great day drew nearer, there was more singing in the slave quarters than usual. It was bolder, had more ring, and lasted later into the night. Most of the verses of the plantation songs had some reference to freedom.... Some man who seemed to be a stranger (a United States officer, I presume) made a little speech and then read a rather long paper—the Emancipation Proclamation, I think. After the reading we were told that we were all free, and could go when and where we pleased. My mother, who was standing by my side, leaned over and kissed her children, while tears of joy ran down her cheeks. She explained to us what it all meant, that this was the day for which she had been so long praying, but fearing that she would never live to see. ” 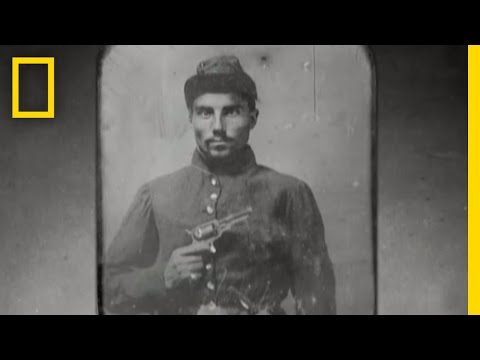