Of all the days on all the fields where American soldiers have fought, the most terrible by almost any measure was September 17, 1862. The battle waged on that date, close by Antietam Creek at Sharpsburg in western Maryland, took a human toll never exceeded on any other single day in the nation's history. So intense and sustained was the violence, a man recalled, that for a moment in his mind's eye the very landscape around him turned red. ”

In the days leading up to the Battle of Antietam, Confederate General Robert E. Lee concentrated his invading army outside Sharpsburg, Maryland. Victorious at Manassas in August, Lee's Army of Northern Virginia hoped to garner new recruits and supplies in Maryland, a slave-holding state that remained in the Union. However, Union General George B. McClellan who closely pursued his rival enjoyed a strategic advantage. A scout had discovered a copy of the Confederate battle plan and the contents of Lee's Special Order Number 191 were well known to his rival.

At dawn on September 17, 1862 the hills of Sharpsburg thundered with artillery and musket fire as the Northern and Southern armies struggled for possession of the Miller farm cornfield. For three hours, the battle lines swept back and forth across the field.

The Battle of Antietam (also known as the Battle of Sharpsburg, particularly in the South), fought on September 17, 1862, near Sharpsburg, Maryland, and Antietam Creek, as part of the Maryland Campaign, was the first major battle in the American Civil War to take place on Northern soil. It was the bloodiest single-day battle in American history, with about 23,000 casualties.

After pursuing Confederate General Robert E. Lee into Maryland, Union Army Maj. Gen. George B. McClellan launched attacks against Lee's army, in defensive positions behind Antietam Creek. At dawn on September 17, Maj. Gen. Joseph Hooker's corps mounted a powerful assault on Lee's left flank. Attacks and counterattacks swept across Miller's cornfield and fighting swirled around the Dunker Church. Union assaults against the Sunken Road eventually pierced the Confederate center, but the Federal advantage was not followed up. In the afternoon, Union Maj. Gen. Ambrose Burnside's corps entered the action, capturing a stone bridge over Antietam Creek and advancing against the Confederate right. At a crucial moment, Confederate Maj. Gen. A.P. Hill's division arrived from Harpers Ferry and launched a surprise counterattack, driving back Burnside and ending the battle. Although outnumbered two-to-one, Lee committed his entire force, while McClellan sent in less than three-quarters of his army, enabling Lee to fight the Federals to a standstill. During the night, both armies consolidated their lines. In spite of crippling casualties, Lee continued to skirmish with McClellan throughout September 18, while removing his battered army south of the river. 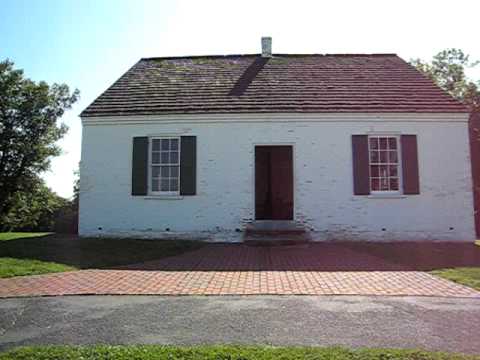