Isabella Marie Boyd (May 9, 1844[2] – June 11, 1900), best known as Belle Boyd considering her middle name; or Cleopatra of the Secession, was a Confederate spy in the American Civil War.

She operated from her aunt's hotel in Virginia,and provided valuable information to Confederate general Stonewall Jackson in 1862.
She was born in Martinsburg, Virginia (now West Virginia), the eldest child of Benjamin Reed and Mary Rebecca (Glenn) Boyd. As a teenager, she was a fun loving debutante.

Belle Boyd's espionage career began by chance. According to her 1866 account, on July 4, 1861, a band of Union army soldiers broke into her home in Martinsburg, intent on raising the U.S. flag over the house. When one of them pushed her mother, Belle drew a pistol and killed him. She was 17 years old. A board of inquiry exonerated her, but sentries were posted around the house and officers kept close track of her activities. She profited from this enforced familiarity, charming at least one of the officers, Capt. Daniel Keily, into revealing military secrets. "To him," she wrote later, "I am indebted for some very remarkable effusions, some withered flowers, and a great deal of important information." Belle conveyed those secrets to Confederate officers via her slave, Eliza Hopewell, who carried the messages in a hollowed-out watch case. On her first attempt at spying she was caught and told she could be sentenced to death, but was not. She was not scared and realized she needed to find a better way to communicate. However the Official Records of the Civil War do not show any board of Inquiry concerning Boyd in 1861; they do however mention her in 1862-see below.
Belle Boyd was not blessed with a pretty face, but a good body. She was particularly noted for having the best looking ankles known—and she used them to her advantage. She evidently had a "winning way" with the Union troops and was most obliging in taking care of their needs.

Then, one evening in mid-May 1862, Union General James Shields and his staff gathered in the parlor of the local hotel. Belle hid upstairs, eavesdropping through a knothole in the floor. She learned that Shields had been ordered east, a move that would reduce the Union Army's strength at Front Royal. That night, Belle rode through Union lines, using false papers to bluff her way past the sentries, and reported the news to Col. Turner Ashby, who was scouting for the Confederates. She then returned to town. When the Confederates advanced on Front Royal on May 23, Belle ran to greet General Stonewall Jackson's men, braving enemy fire that put bullet holes in her skirt. She urged an officer to inform Jackson that "the Yankee force is very small. Tell him to charge right down and he will catch them all." Jackson did and that evening penned a note of gratitude to her: "I thank you, for myself and for the army, for the immense service that you have rendered your country today." For her contributions, she was awarded the Southern Cross of Honor. Jackson also gave her captain and honorary aide-de-camp positions.

After her lover gave her up, Belle Boyd was arrested on July 29, 1862, and brought to the Old Capitol Prison in Washington July 30, 1862 where there was an inquiry on August 7, 1862 concerning violations of orders that Boyd be kept in close custody. Boyd was held for a month before being released on August 29,1862 when she was exchanged at Fort Monroe. She was later arrested and imprisoned a 3rd time, but again was set free.

In 1864, she went to England where she met and married a Union naval officer, Samuel Wylde Hardinge, who died shortly after the war's end. After the war, Belle Boyd became an actress in England before returning to the United States. She then married John Swainston Hammond (1869) in New Orleans and, after a divorce in 1884, married Nathaniel Rue High (1885). A year later, she began touring the country giving dramatic lectures of her life as a Civil War spy. She served as an excellent spy for many years. She allegedly had an affair with Abraham Lincoln. Not wanting to fall in love, she ran away to Georgia before touring the United States. This affair has never been proven, but there has been evidence.

While touring the United States (she had gone to address members of a GAR post) she died of a heart attack in Kilbourne City, Wisconsin (now known as Wisconsin Dells, Wisconsin) at the age of 56. She was buried in the Spring Grove Cemetery in Wisconsin Dells-with the Local GAR as her phallbearers.

One of the most famous of Confederate spies, Belle Boyd served the Confederate forces in the Shenandoah Valley. Born in Martinsburg-now part of West Virginia-she operated her spying operations from her fathers hotel in Front Royal, providing valuable information to Generals Turner Ashby and "Stonewall" Jackson during the spring 1862 campaign in the Valley. The latter general then made her a captain and honorary aide-de-camp on his staff. As such she was able to witness troops reviews. Betrayed by her lover, she was arrested on July 29, 1862, and held for a month in the Old Capitol Prison in Washington. Exchanged a month later, she was in exile with relatives for a time but was again arrested in June 1863 while on a visit to Martinsburg. On December 1, 1863, she was released, suffering from typhoid, and was then sent to Europe to regain her health. The blockade runner she attempted to return on was captured and she fell in love with the prize master, Samuel Hardinge, who later married her in England after being dropped from the navy's rolls for neglect of duty in allowing her to proceed to Canada and then England. Hardinge attempted to reach Richmond, was detained in Union hands, but died soon after his release. While in England Belle Boyd Hardinge had a stage career and published Belle Boyd in Camp and Prison. She died while touring the western United States. (Sigaud, Louis, A., Belle Boyd, Confederate Spy, and Scarborough, Ruth, Belle Boyd.- Siren of the South) 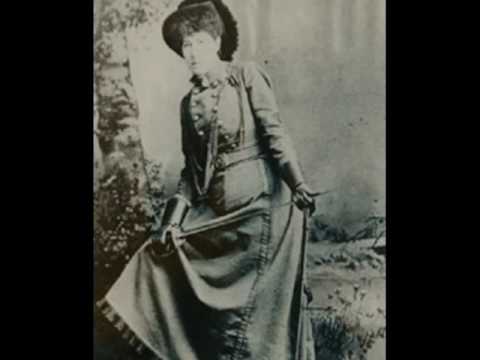