The Battle of Fort Henry was fought on February 6, 1862, in western Tennessee, during the American Civil War.

It was the first important victory for the Union and Brig. Gen. Ulysses S. Grant in the Western Theater.

On February 4 and February 5, Grant landed two divisions just north of Fort Henry on the Tennessee River. (Although the name was not yet in use, the troops serving under Grant were the nucleus of the Union's very consequential and successful Army of the Tennessee.[2]) His plan was to advance upon the fort on February 6 while it was being simultaneously attacked by United States Navy gunboats commanded by Flag Officer Andrew Hull Foote. A combination of effective naval gunfire and poor siting of the fort, almost completely inundated by rising river waters, caused its commander, Brig. Gen. Lloyd Tilghman, to surrender to Foote before the Army arrived.

The surrender of Fort Henry opened the Tennessee River to Union traffic past the Alabama border, which was demonstrated by a "timberclad" raid of wooden ships from February 6 through February 12, which destroyed Confederate shipping and railroad bridges. Grant's army proceeded overland 12 miles (19 km) to the bloody Battle of Fort Donelson.

Description: By February 1862, Fort Henry, a Confederate earthen fort on the Tennessee River with outdated guns, was partially inundated and the river threatened to flood the rest. On February 4-5, Brig. Gen. U.S. Grant landed his divisions in two different locations, one on the east bank of the Tennessee River to prevent the garrison’s escape and the other to occupy the high ground on the Kentucky side which would insure the fort’s fall; Flag-Officer Andrew H. Foote’s seven gunboats began bombarding the fort. Brig. Gen. Lloyd Tilghman, commander of the fort’s garrison, realized that it was only a matter of time before Fort Henry fell. While leaving artillery in the fort to hold off the Union fleet, he escorted the rest of his force out of the area and sent them safely off on the route to Fort Donelson, 10 miles away. Tilghman then returned to the fort and, soon afterwards, surrendered to the fleet, which had engaged the fort and closed within 400 yards. Fort Henry’s fall opened the Tennessee River to Union gunboats and shipping as far as Muscle Shoals, Alabama. After the fall of Fort Donelson, ten days later, the two major water transportation routes in the Confederate west, bounded by the Appalachians and the Mississippi River, became Union highways for movement of troops and material.

Fort Henry is ours. The flag is reestablished on the soil of Tennessee. It will never be removed.” 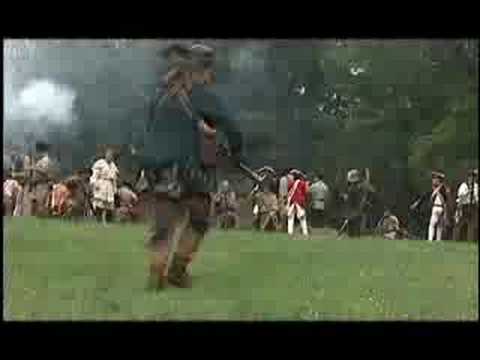