Nearly 1,000 soldiers on both sides had been killed, with about 3,000 wounded still on the field; some froze to death in the snowstorm, many Union soldiers having thrown away their blankets and coats.

Generals Floyd and Pillow were somehow happy about the day's performance and wired General Johnston at Nashville that they had won a great victory. Buckner, however, argued that they were in a desperate position that was getting worse because Union reinforcements were arriving. At their final council of war in the Dover Hotel at 1:30 a.m. on February 16, he stated that if C.F. Smith attacked again, he could only hold out 30 minutes, and he estimated that the cost of defending the fort would be 75% casualties. Buckner's defeatism carried the meeting. And large-scale escape would be difficult—most of the river transports were currently transporting wounded men to Nashville and could not return in time.

Floyd came to realize that he was about to be captured and face justice in the North. He turned over his command to General Pillow, who also feared Northern reprisals and gave it in turn to General Buckner, who agreed to remain behind and surrender the army. Pillow escaped by small boat across the Cumberland in the night, Floyd the next morning on a steamer with two regiments of Virginia infantry. Disgusted at this show of cowardice, Nathan Bedford Forrest heatedly said, "I did not come here to surrender my command," and stormed out, leaving with his 700 men. They traveled toward Nashville through the shallow, icy waters of Lick Creek.

On the morning of February 16, Buckner sent a note to Grant requesting an armistice and terms of surrender. The note first reached General Smith. Smith stated "I'll make no terms with Rebels with arms in their hands-my terms are unconditional and immediate surrender". When the note finally reached Grant Smith again told Grant "no terms to the Rebels". Buckner had expectations that Grant would offer generous terms because of their previous relationship. In 1854, Grant had lost a command in California partly because of a drinking problem, and U.S. Army officer Buckner had loaned him money to get home after his resignation. But Grant showed he had no mercy towards men who had rebelled against the Union. His reply was one of the most famous quotes to come out of the war, giving him his nickname of "Unconditional Surrender":

Sir: Yours of this date proposing Armistice, and appointment of Commissioners, to settle terms of Capitulation is just received. No terms except unconditional and immediate surrender can be accepted.

I propose to move immediately upon your works.

I am Sir: very respectfully

Grant was not bluffing. Smith was in a good position, having captured the outer lines of fortifications, and was under orders to launch an attack, supported by the other divisions, the next day. Grant believed his position now allowed him to forego his planned siege and storm the fort successfully.

Buckner, although objecting to Grant's "ungenerous and unchivalrous terms," shortly surrendered from 12,000 to 15,000 troops and 48 guns, the first of three Confederate armies that Grant captured during the war (the second was John C. Pemberton's at the Battle of Vicksburg, the third was Robert E. Lee's Army of Northern Virginia). He also surrendered considerable equipment and provisions, which Grant's hungry troops needed badly. Over 7,000 Confederate prisoners of war were eventually transported from Fort Donelson to Camp Douglas in Chicago; others were sent elsewhere throughout the North. Buckner was held as a Union prisoner until he was exchanged in August.

Cannons were fired and church bells rung throughout the North at the news. The Chicago Tribune wrote that "Chicago reeled mad with joy." The capture of Forts Henry and Donelson were the first significant Union victories in the war and opened two great rivers as avenues of invasion to the heartland of the South. Grant was promoted to major general of volunteers, second in seniority only to Henry W. Halleck in the West. After newspapers reported that he had won the battle with a cigar clamped in his teeth, he was inundated with cigars sent to him by many admirers. Close to a third of all Albert Sidney Johnston's forces were prisoners; Grant had captured more soldiers than all previous American generals combined. Johnston was thereby deprived of over twelve thousand soldiers that could have otherwise provided a decisive advantage at the impending Battle of Shiloh in less than two months time. The rest of Johnston's forces were 200 miles (320 km) apart between Nashville and Columbus with Grant's army between them controlling all rivers and railroads. General Buell's army was threatening Nashville while John Pope was threatening Columbus. Johnston evacuated Nashville on February 23, giving this important industrial center to the Union, the first Confederate state capital to fall. Columbus was evacuated on March 2. Most of Tennessee fell under Union control, as did all of Kentucky, although both were subject to periodic Confederate raiding.

The site of the battle has been preserved by the National Park Service as Fort Donelson National Battlefield.

Campaign: Federal Penetration up the Cumberland and Tennessee Rivers (1862)

Description: After capturing Fort Henry on February 6, 1862, Brig. Gen. Ulysses S. Grant advanced cross-country to invest Fort Donelson. On February 16, 1862, after the failure of their all-out attack aimed at breaking through Grant’s investment lines, the fort’s 12,000-man garrison surrendered unconditionally. This was a major victory for Brig. Gen. Ulysses S. Grant and a catastrophe for the South. It ensured that Kentucky would stay in the Union and opened up Tennessee for a Northern advance along the Tennessee and Cumberland rivers. Grant received a promotion to major general for his victory and attained stature in the Western Theater, earning the nom de guerre “Unconditional Surrender.”

Preservation Priority: I.1 (Class A) 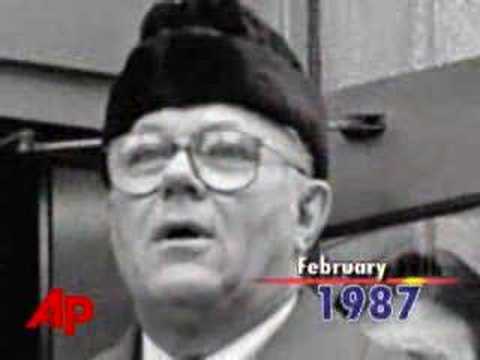