Four days after his resignation, Davis was commissioned a Major General of Mississippi troops.

On February 9, 1861, a Constitutional convention at Montgomery, Alabama named him provisional President of the Confederate States of America and he was inaugurated on February 18, 1861. In meetings of his own Mississippi legislature, Davis had argued against secession; but when a majority of the delegates opposed him, he gave in.

In conformity with a resolution of the Confederate Congress, Davis immediately appointed a Peace Commission to resolve the Confederacy's differences with the Union. In March 1861, before the bombardment of Fort Sumter, the Commission was to travel to Washington, D.C., to offer to pay for any Federal property on Southern soil, as well as the Southern portion of the national debt, but it was not authorized to discuss terms for reunion. He appointed General P.G.T. Beauregard to command Confederate troops in the vicinity of Charleston, South Carolina. He approved the Cabinet decision to bombard Fort Sumter, which started the Civil War. When Virginia switched from neutrality and joined the Confederacy, he moved his government to Richmond, Virginia, in May 1861. Davis and his family took up his residence there at the White House of the Confederacy in late May.

Davis was elected to a six-year term as President of the Confederacy on November 6, 1861. He had never served a full term in any elective office, and that would turn out to be the case on this occasion as well. He was inaugurated on February 18, 1861. In June 1862 he assigned General Robert E. Lee to replace the wounded Joseph E. Johnston in command of the Army of Northern Virginia, the main Confederate army in the Eastern Theater. That December, he made a tour of Confederate armies in the west of the country. Davis largely made the main strategic decisions on his own, or approved those suggested by Lee. He had a very small circle of military advisers. Jefferson Davis openly pushed for the acquisition of Cuba upon completion of the Civil War.

Third Confederate National Flag
In August 1863, Davis declined General Lee's offer of resignation after his defeat at the Battle of Gettysburg. As Confederate military fortunes turned for the worse in 1864, he visited Georgia with the intent of raising morale.
On April 3, 1865, with Union troops under Ulysses S. Grant poised to capture Richmond, Davis escaped for Danville, Virginia, together with the Confederate Cabinet, leaving on the Richmond and Danville Railroad. He issued his last official proclamation as President of the Confederacy, and then went south to Greensboro, North Carolina. Circa April 12, he received Robert E. Lee's letter announcing surrender.

President Jefferson Davis met with his Confederate Cabinet for the last time on May 5, 1865 in Washington, Georgia, and the Confederate Government was officially dissolved. The meeting took place at the Heard house, the Georgia Branch Bank Building, with fourteen officials present. He was captured on May 10, 1865 at Irwinville in Irwin County, Georgia.After being captured, he was held as a prisoner for two years in Fort Monroe, Virginia.

Jefferson Davis, President of the Confederate States of America and commander-in-chief of the army and navy, belongs to history, and his career is subject to full and fair treatment by just and intelligent men. The failure of his government to establish itself in permanency by the power of its armies will not be accepted as evidence against his own right to be reverenced, except by such persons as those who regard the triumphs of superior over inferior force as decisive of merit.

Such persons judge men and their causes by an exploded savage theory which subjected the weak to the strong. The feudal system, Russian serfdom, and African slavery in the beginning of the horrible slave trade, rested on this basis. Men divested of that prejudice which constricts the reason will not decry the President of the Confederacy because it failed. Not the Southern people alone, but intelligent men of the finer mould of thought and feeling among all nations, are gratified by the cessation of the vituperous language of twenty-five years ago, with which even men of eminence as well as the lower sort declaimed against the exalted man who in public service for a like period of twenty-five years, filling positions in war and peace of great public trust, did not in the least degree betray the confidence which his people had reposed in him.

That his career is open to adverse criticism will be conceded by his most reverent friends; but that his name, now that he is dead, should be made to wear the chains which generous justice broke from about his imprisoned living body, will not be claimed by the present generation of fairminded Americans.

It is reported that Mr. Gladstone said in 1861 of Jefferson Davis that he had "created a nation," while at the same time it was being urged upon England that he was attempting to take a nation's life. Neither statement was exactly true. Mr. Davis had not created a nation. He was but the executive head of a republic which the intelligent free people of a number of large and powerful States had created. Nor had he attempted the destruction of the United States, for that government remained the same living political organism after secession that it was before.

The great English statesman was not a sympathizer with the Southern secession, but he saw with clear vision that a nation in fact had come into being whose greatness was reflected in the character of the ruler it had chosen. His administration was not restrained by his antipathies. With the true greatness of his own nature he could esteem the virtues which were conspicuous in the character of such a chieftain of such a people. Jefferson Davis and the people of the Confederacy being inseparable in the reflections of mankind, the South asks only that he and they shall be judged by honorable men who have the capacities of reason and gentility to render a just judgment.

If the Confederacy fails, there should be written on its tombstone: Died of a Theory.
” 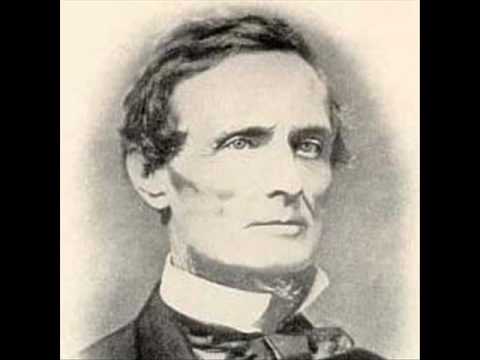 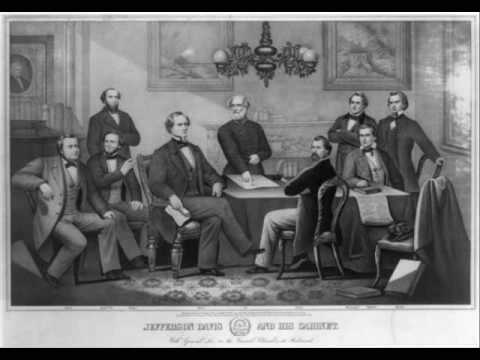