The Battle of Camp Wildcat (also known as Wildcat Mountain and Camp Wild Cat) was one of the early engagements of the American Civil War.

It occurred October 21, 1861, in northern Laurel County, Kentucky during the campaign known as the Kentucky Confederate Offensive. The battle is considered one of the very first Union victories, and marked the first engagement of troops in the commonwealth of Kentucky.
Brig. Gen. Felix Zollicoffer’s Confederates moved from Tennessee in an effort to push from Cumberland Gap into central Kentucky and gain control of the important border state. Zollicoffer with some 5,400 men occupied Cumberland Gap and took position at the Cumberland Ford (near present day Pineville) to counter the Unionist activity in the area. He readily brushed aside home guard troops near Barbourville in a relatively minor skirmish.

Alarmed by the Confederate incursion, Brig. Gen. George H. Thomas sent a detachment under Col. Theophilus T. Garrard from Camp Dick Robinson at Lancaster to secure the ford on the Rockcastle River, establish a camp at the heavily forested Wildcat Mountain, and obstruct the Wilderness Road passing through the area. Colonel Garrard informed Thomas that if he did not receive reinforcements, he would have to retreat because he was outnumbered seven to one. Thomas sent Brig. Gen. Albin F. Schoepf with what amounted to a brigade of men to Colonel Garrard, bringing the total force to about 7,000. The Union general awaited the Confederate troops who had to pass the stronghold to proceed into central Kentucky.

The two sides clashed in a brisk battle in the late afternoon of October 20, 1861. On the morning of October 21, soon after Schoepf arrived, some of his men moved forward and ran into Confederate forces, commencing an intense firefight. The Federals repelled repeated Confederate attacks, in part due to fortifications, both man-made and natural. The Confederates withdrew during the night and continued their retreat to Cumberland Ford, which they reached on October 26. A Union victory was welcomed.

Schoepf reported 4 Union soldiers killed and 18 wounded in the Battle of Camp Wildcat. Zollicoffer reported 11 Confederates killed and 42 wounded or missing.
The battlefield, about nine miles miles northwest of modern day London, Kentucky, is located on land held by the Daniel Boone National Forest and is in private hands. The Confederate Monument at Crab Orchard miles to the west memorializes some of the Confederates that died at the battle.

Also known as the Battle of Wildcat Mountain, this engagement took place on October 21, 1861 in Laurel County, Kentucky, about nine miles northwest of present-day London.

In mid September 1861, Zollicoffer's 5,400 men occupied the Cumberland Gap and took position at Cumberland Ford to counter Union activity in the area. They defeated a group of home guard volunteers from the nearby town of Barbourville. By late September, advance units under Zollicoffer's command had reached the Laurel River near London. 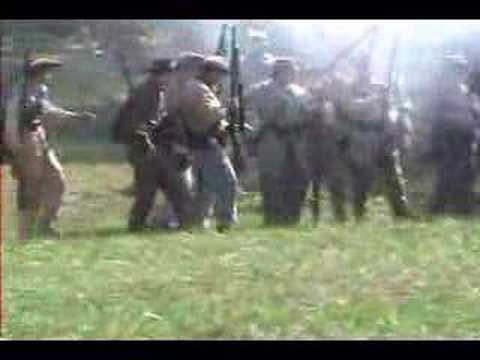