Big Ben is the nickname for the great bell of the clock at the north end of the Palace of Westminster in London, and is often extended to refer to the clock or the clock tower as well.

Big Ben is the largest four-faced chiming clock and the third-tallest free-standing clock tower in the world. It celebrated its 150th anniversary in May 2009 (the clock itself first ticking on 31 May 1859), during which celebratory events took place.

The name Big Ben actually refers to the clock's hour bell, the largest of the clock's five bells, the others being used as quarter bells.

There were two bells cast as the clock tower's hour bell. A first, a 16 ton weighing bell was cast by John Warner and Sons in 1856. Since the Clock Tower was not yet completed, the bell was hung temporarily in the Palace Yard. The bell soon cracked so it was recast in 1858 in the Whitechapel Bell Foundry as a 13.5 ton bell. Unfortunately soon after this bell was placed in the belfry in July 1859, it cracked as well. This time, instead of yet again recasting the bell, the crack was repaired and a lighter hammer was used to prevent any more cracks.

Source: a view on cities Added by: David Maxwell 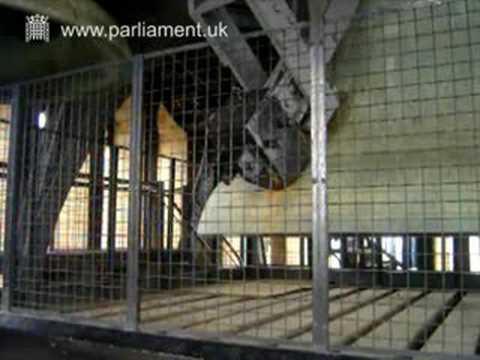