Henry McCarty, aka 'Billy the Kid' is Born

The infamous Western outlaw known as "Billy the Kid" is born in a poor Irish neighborhood on New York City's East Side.

Before he was shot dead at age 21, Billy reputedly killed 27 people in the American West.

Billy the Kid called himself William H. Bonney, but his original name was probably Henry McCarty. Bonney was his mother Catherine's maiden name, and William was the first name of his mother's longtime companion--William Antrin--who acted as Billy's father after his biological father disappeared. Around 1865, Billy and his brother traveled west to Indiana with their mother and Antrin, and by 1870 the group was in Wichita, Kansas. They soon moved farther west, down the cattle trails, and in 1873 a legally married Catherine and William Antrin appeared on record in New Mexico territory. In 1874, Billy's mother died of lung cancer in Silver City.

Little is known about McCarty's origins, but many reputable scholars of western history "contend that he was born on the eve of the Civil War in the bowels of an Irish neighborhood in New York City (70 Allen Street). If indeed, his birthplace was New York, no records that can prove beyond a reasonable doubt that he ever lived there have ever been uncovered". While his biological father remains an obscure figure, some researchers have theorized that his name was Patrick McCarty, Michael McCarty, William McCarty, or Edward McCarty. There is clear evidence that his Mother's name was Catherine McCarty, although "there have been continuing debates about whether McCarty was her maiden or married name". According to some accounts, McCarty was born as William Henry McCarty, Jr., but his mother preferred to call him "Henry" because she did not wish him to be known as "Junior". It is generally believed that McCarty's Mother was a survivor of the Great Irish Famine of the mid-19th century. Some genealogists argue, however, that the future outlaw was born William Henry Bonney, the son of William Harrison Bonney and wife Katherine Boujean, paternal grandson of Levi Bonney and wife Rhoda Pratt and great-grandson of Obadiah Pratt, who in turn were the Grandparents of Mormon leader Parley P. Pratt, making him and McCarty first cousins once removed. By 1868, Catherine McCarty had moved with her two young sons, Henry and Joseph, to Indianapolis, Indiana. There, she met William Antrim, who was 12 years her junior. In 1873, after several years of moving around the country, the two were married at the First Presbyterian Church in Santa Fe, New Mexico, and settled further south in Silver City. Antrim found sporadic work as a bartender and carpenter but soon became more interested in prospecting and gambling for fortune than in his wife and stepsons. Nevertheless, young McCarty often used the surname "Antrim" when referring to himself.

By most accounts, Billy the Kid was born Henry McCarty in New York City, NY November 23, 1859, his parents being Catherine and Patrick McCarty, although it is not known for sure. Another view is that he was born William H. Bonney to Catherine and William McCarty Bonney. Billy did sign letters as William H. Bonney, but this was after he fled the Arizona territory, wanted for murder, so many assume that William H. Bonney was just an alias to hide from the law and that's why he used it signing letters. Another story has it as Billy being born as Henry McCarty to a Joseph McCarty of Cass County, IN. However, in the 1880 census of Lincoln County, NM, the Kid listed his name as William H. Bonney and his state of birth as New York. 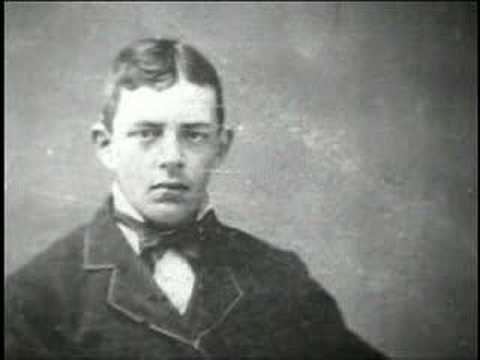