By age five Tom reportedly had composed his first tune, The Rain Storm, based on his aural impressions of a torrential downpour.

Because the blind lad could not perform work normally demanded of slaves, Tom was left to play and explore the Bethune plantation. At an early age, he evinced an interest in the piano after hearing the instrument played by Bethune's daughters. By age four he reportedly had acquired intuitive, if rudimentary—and imitative—piano skills based solely on hearing. He continually intruded upon the Bethune family residence to gain access to the piano, with Bethune's daughters abetting these intrusions. After his extraordinary music skills were recognized by General Bethune, Tom was permitted to live in a room attached to the family house, away from the slave quarters.

Apart from his blindness, Tom was ‘just like any other baby’ at first, but a few months after arriving at the Bethune Farm, things began to change and the toddler began to echo the sounds around him. If a rooster crowed, he made the same noise. If a bird sang, he would pursue it or attack his younger siblings just to hear them scream. If left alone in the cabin, he would drag chairs across the floor or bang pans and pots together – anything to make a noise.

By the age of four, Tom could repeat conversations ten minutes in length, but expressed his own needs in whines and tugs. Unless constantly watched, he would escape: to the chicken coop, woods and finally to the piano in his master’s house, the sound of each note causing his young body to tremble in ecstasy. After a string of unwelcome visits, General Bethune finally recognized the stirrings of a musical prodigy in the raggedy slave child and installed him in the Big House where he underwent extensive tuition.

By age of six Tom started improvising on the piano and creating his own musical compositions. He claimed the wind, or the rain, or the birds had taught him the melody. Even though a local music teacher told Bethune that Tom's musical abilities were beyond comprehension and his best course of action was simply to let him hear fine playing, Bethune provided Tom with various music instructors. One of Tom's music teachers later reported that Tom could learn skills in a few hours that required other musicians years to perfect. 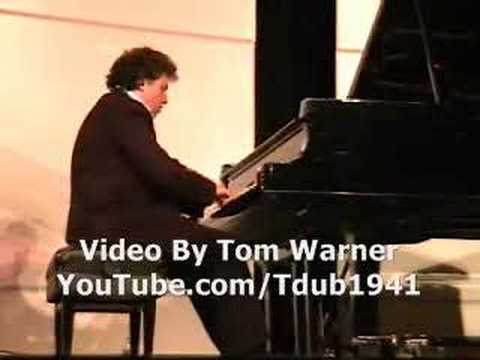 View other events that happened in 1854