Harriet Tubman serves as a Conductor on the Underground Railroad

In September of the same year, Harriet was made an official "conductor" of the UGRR. This meant that she knew all the routes to free territory and she had to take an oath of silence so the secret of the Underground Railroad would be kept secret.

She also made a second trip to the South to rescue her brother James and other friends. They were already in the process of running away so Harriet aided them across a river and to the home of Thomas Garret. He was the most famous Underground "Stationmaster" in history.

Around this time the 1850 Fugitive Slave Act was passed. It stipulated that it was illegal for any citizen to assist an escaped slave and demanded that if an escaped slave was sighted, he or she should be apprehended and turned in to the authorities for deportation back to the "rightful" owner down south. Any United States Marshall who refused to return a runaway slave would pay a hefty penalty of $1,000. Thus the Underground Railroad tighten security. It created a code to make things more secret. It also sent the escaping slaves into Canada instead of the "North" of the U.S.

In the winter of 1852, Tubman was ready to return to the U.S. to help free more slaves. In the spring, she worked in Cape May and saved enough money to go to Maryland. By now, Tubman had led so many people from the South - the slave's called this the "land of Egypt" - to freedom, she became known as "Moses." She was also known by the plantation owners for her efforts and a bounty of $40,000 was posted. The state of Maryland itself posted a $12,000 reward for her capture.

Tubman made eleven trips from Maryland to Canada from 1852-1857. Her most famous trip concerned a passenger who panicked and wanted to turn back. Tubman was afraid if he left he would be tortured and would tell all he knew about the Railroad. The unwilling passenger changed his mind when Tubman pointed a gun at his head and said "dead folks tell no tales."

Harriet Tubman is perhaps the most well-known of all the Underground Railroad's "conductors." During a ten-year span she made 19 trips into the South and escorted over 300 slaves to freedom. And, as she once proudly pointed out to Frederick Douglass, in all of her journeys she "never lost a single passenger."

Tubman had made the perilous trip to slave country 19 times by 1860, including one especially challenging journey in which she rescued her 70-year-old parents. Of the famed heroine, who became known as "Moses," Frederick Douglass said, "Excepting John Brown -- of sacred memory -- I know of no one who has willingly encountered more perils and hardships to serve our enslaved people than [Harriet Tubman]."
And John Brown, who conferred with "General Tubman" about his plans to raid Harpers Ferry, once said that she was "one of the bravest persons on this continent."

For eleven years Tubman returned again and again to the Eastern Shore of Maryland, rescuing some seventy slaves in thirteen expeditions, including her three other brothers, Henry, Ben, and Robert, their wives and some of their children. She also provided specific instructions for about fifty to sixty other fugitives who escaped to the north.[1] Her dangerous work required tremendous ingenuity; she usually worked during winter months, to minimize the likelihood that the group would be seen. One admirer of Tubman said: "She always came in the winter, when the nights are long and dark, and people who have homes stay in them."[64] Once she had made contact with escaping slaves, they left town on Saturday evenings, since newspapers would not print runaway notices until Monday morning.

Her journeys back into the land of slavery put her at tremendous risk, and she used a variety of subterfuges to avoid detection. Tubman once disguised herself with a bonnet and carried two live chickens to give the appearance of running errands. Suddenly finding herself walking toward a former owner in Dorchester County, she yanked the strings holding the birds' legs, and their agitation allowed her to avoid eye contact.[66] Later she recognized a fellow train passenger as another former master; she snatched a nearby newspaper and pretended to read. Since Tubman was known to be illiterate, the man ignored her.[67]
Her religious faith was another important resource as she ventured again and again into Maryland. The visions from her childhood head injury continued, and she saw them as divine premonitions. She spoke of "consulting with God", and trusted that He would keep her safe.[68] Thomas Garrett once said of her: "I never met with any person of any color who had more confidence in the voice of God, as spoken direct to her soul."[69] Her faith in the divine also provided immediate assistance. She used spirituals as coded messages, warning fellow travelers of danger or to signal a clear path.[70]
She also carried a revolver, and was not afraid to use it. Once a slave agreed to join her expedition, there was no turning back – and she threatened to shoot anyone who tried to return.[71] Tubman told the tale of one voyage with a group of fugitive slaves, when morale sank and one man insisted he was going to go back to the plantation. She pointed the gun at his head and said: "You go on or die."[72] Several days later, he was with the group as they entered Canada.[68] It is more than likely that Tubman carried the handgun as protection from ever-present slave catchers and their vicious dogs.
Slaveholders in the region, meanwhile, never knew that "Minty", the petite, five-foot-tall, disabled slave who had run away years before and never come back, was behind so many slave escapes in their community. In fact, by the late 1850s they began to suspect a northern white abolitionist was secretly enticing their slaves away. They even entertained the possibility that John Brown himself had come to the Eastern Shore to lure slaves away before his ill-fated raid on Harper's Ferry in October 1859. While a popular legend persists about a reward of US$40,000 for Tubman's capture, this is a manufactured figure. In 1868, in an effort to drum up support for Tubman's claim for a Civil War military pension, a former abolitionist named Salley Holley wrote an article claiming US$40,000 "was not too great a reward for Maryland slaveholders to offer for her."[73] Such a high reward would have garnered national attention, especially at a time when a small farm could be purchased for a mere US$400. No such reward has been found in period newspapers. (The federal government offered $25,000 for the capture of each of John Wilkes Booth's co-conspirators in Lincoln's assassination.) A reward offering of US$12,000 has also been claimed, though no documentation exists for that figure either. Catherine Clinton suggests that the US$40,000 figure may have been a combined total of the various bounties offered around the region.[74] Despite the best efforts of the slaveholders, Tubman was never captured – and neither were the fugitives she guided. Years later, she told an audience: "I was conductor of the Underground Railroad for eight years, and I can say what most conductors can't say – I never ran my train off the track and I never lost a passenger."[75]
One of her last missions into Maryland was to retrieve her aging parents. Her father, Ben, had purchased Rit, her mother, in 1855 from Eliza Brodess for twenty dollars.[76] But even when they were both free, the area became hostile to their presence. Two years later, Tubman received word that her father had harbored a group of eight escaped slaves, and was at risk of arrest. She traveled to the Eastern Shore and led them north into the Canadian city of St. Catharines, Ontario, where a community of former slaves (including Tubman's brothers, other relatives, and many friends) had gathered.[77] 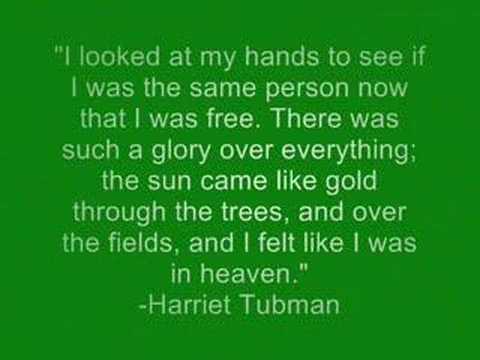 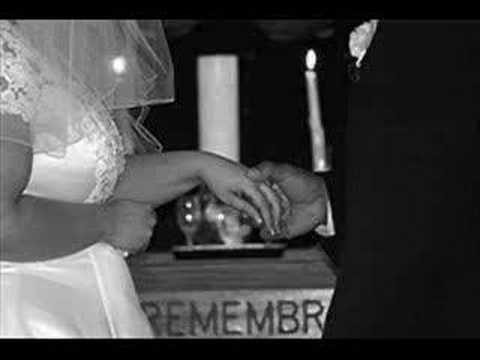 View other events that happened in 1850