Darwin joined his brother, Erasmus, at Shrewsbury Grammar School, run by the Revd.

Samuel Butler. The focus of study was Greek and Roman reading and grammar. He developed a great fondness of Shakespeare and Byron during this time. As an aside, Darwin was referred to as "Bobby" by his family during his childhood.

The next year in 1818 by September, Darwin joined his brother, Erasmus, at Shrewsbury Grammar School. He began to study Greek and Roman reading as well as grammar.

Shrewsbury School is a public school located in Shrewsbury, Shropshire, England. It is one of the Clarendon Schools, the original nine great English public schools as defined by the Public Schools Act 1868, and is now a member of the Headmasters' and Headmistresses' Conference. Shrewsbury School was originally a boarding school for boys aged between 13 and 18. Day pupils are now accepted. The enrolment is around 690 boys; the first girls arrived in the Sixth Form in September 2008. According to the Good Schools Guide, it is quoted as a "Very well-known school even outside the country. Top sport, Music and second to none even with the academic education." Shrewsbury School has some notable alumni, including naturalist Charles Darwin, poet Sir Philip Sidney, Astronomer Royal Martin Rees, philosopher J.L. Austin, Monty Python contributor Michael Palin, creators of Private Eye magazine Richard Ingrams and William Rushton and the DJ John Peel.

As had been planned previously, in September 1818 Charles joined his older brother Erasmus Alvey Darwin (nicknamed "Eras") in staying as a boarder at the Shrewsbury School, where he loathed the required rote learning, and would try to visit home when he could. He continued collecting minerals and insects, and family holidays in Wales brought Charles new opportunities, but an older sister ruled that "it was not right to kill insects" for his collections, and he had to find dead ones. He read Gilbert White's The Natural History and Antiquities of Selborne and took up birdwatching. Eras took an interest in chemistry and Charles became his assistant, with the two using a garden shed at their home fitted out as a laboratory and extending their interests to crystallography. When Eras went on to a medical course at the University of Cambridge, Charles continued to rush home to the shed on weekends, and for this received the nickname "Gas". The headmaster was not amused at this diversion from studying the classics, calling him a poco curante (trifler) in front of the boys. At fifteen, his interest shifted to hunting and bird-shooting at local estates, particularly at Maer in Staffordshire, the home of his relatives, the Wedgwoods.[4][5] His exasperated father once told him off, saying "You care for nothing but shooting, dogs, and rat-catching, and you will be a disgrace to yourself and all your family."[6]
His father decided that he should leave school earlier than usual, and in 1825 at the age of sixteen Charles was to go along with his brother who was to attend the University of Edinburgh for a year to obtain medical qualifications.[7] Charles spent the summer as an apprentice doctor, helping his father with treating the poor of Shropshire. He had half a dozen patients of his own, and would note their symptoms for his father to make up the prescriptions.

-He and his brother setup a chemistry lab in the tool shed of the garden. Darwin enjoyed chemistry a great deal and it was during this time that he learned the basic principles of scientific experimentation.

-Darwin's father took him out of Shrewsbury school due to his poor grades and his having no direction in life. It is ironic to think that at this time his father castigated Darwin for his idleness, claiming that if he carried on this way he would end up being a disgrace to himself and his family. Apparently Darwin cared for nothing but shooting birds, playing with dogs, and catching rats! 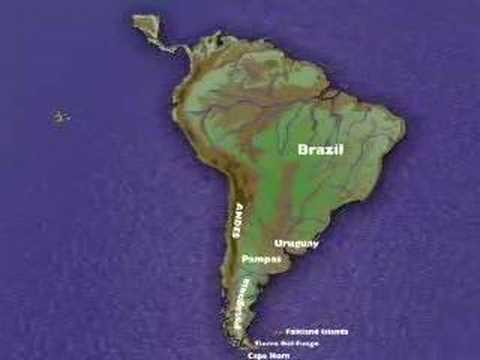 View other events that happened in September 1818