The 1815 eruption is rated 7 on the Volcanic Explosivity Index, the only such eruption since the Lake Taupo eruption in about 180 AD. With an estimated ejecta volume of 160 cubic kilometers, Tambora's 1815 outburst was the largest volcanic eruption in recorded history. The explosion was heard on Sumatra island (more than 2,000 km (1,200 mi) away). Heavy volcanic ash falls were observed as far away as Borneo, Sulawesi, Java and Maluku islands. Most deaths from the eruption were from starvation and disease, as the eruptive fallout ruined agricultural productivity in the local region. The death toll was at least 71,000 people (the most deadly eruption in recorded history), of whom 11,000–12,000 were killed directly by the eruption; the often-cited figure of 92,000 people killed is believed to be overestimated. The eruption created global climate anomalies that included the phenomenon known as "volcanic winter": 1816 became known as the "Year Without a Summer" because of the effect on North American and European weather. Agricultural crops failed and livestock died in much of the Northern Hemisphere, resulting in the worst famine of the 19th century.

Over 71 000 people died during, or in the aftermath of, the eruption, on Sumbawa and the neigh-bouring island of Lombok. The eruption injected ≈60 mt of sulfur into the stratosphere, six times more than was released by the 1991 Pinatubo eruption. This formed a global sulfate aerosol veil in the stratosphere, which resulted in pronounced climate perturbations. Anomalously cold weather hit the northeastern USA, maritime provinces of Canada, and Europe the following year. 1816 came to be known as the ‘Year without a summer’ in these regions. Crop failures were widespread and the eruption has been implicated in accelerated emigration from New England, and widespread outbreaks of epidemic typhus. These events provide important insights into the volcanic forcing of climate, and the global risk of future eruptions on this scale.

The first explosions were heard on this Island in the evening of 5 April, they were noticed in every quarter, and continued at intervals until the following day. The noise was, in the first instance, almost universally attributed to distant cannon; so much so, that a detachment of troops were marched from Djocjocarta, in the expectation that a neighbouring post was attacked, and along the coast boats were in two instances dispatched in quest of a supposed ship in distress.” 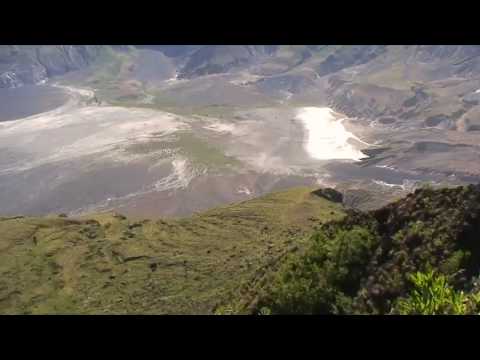