Miguel Hidalgo y Costilla, a Catholic priest, launches the Mexican War of Independence with the issuing of his Grito de Dolores, or "Cry of Dolores," The revolutionary tract, so-named because it was publicly read by Hidalgo in the town of Dolores, called for the end of 300 years of Spanish rule in Mexico, redistribution of land, and racial equality. Thousands of Indians and mestizos flocked to Hidalgo's banner of the Virgin of Guadalupe, and soon the peasant army was on the march to Mexico City.

Hidalgo and Allende had originally planned the rising for December 8, 1810. But there were leaks among the conspirators and plans for the rebellion were sniffed out by the magistrate of Querétaro. Fortunately for the conspirators, his wife, Josefa Ortiz, was a strong supporter of the rebellion. Though the magistrate locked her in her room, she signaled her next door neighbor, Ignacio Pérez, to come over. Through the keyhole she told Pérez, a fellow conspirator, that her husband planned to arrest Allende. But Allende had already left to confer with Hidalgo and decide what to do to meet the emergency.

Miguel Hidalgo y Costilla, was a Mexican priest and member of a group of educated Criollos in Querétaro who met in tertulias (salons) and who in 1810 arrived at the conclusion that a revolt against the colonial government was needed because of the events of the Peninsular War. Hidalgo had already achieved notoriety- he gambled, fornicated, had children out of wedlock and didn't believe in Hell. Most seriously, he encouraged his parishioners to illegally grow vines and olives. Originally Hidalgo worked closely with co-conspirator Ignacio de Allende, a nobel and member of the Basque society living in San Miguel. Hidalgo originally supported naming Allende head of the revolutionary military, but the two men quickly became rivals. Hidalgo seized control of the militia. The conspirators were betrayed by a member of the group and Hidalgo turned to his parishioners in the town of Dolores. During the night of 15 September he declared war against the government in what was known as the Grito de Dolores. On the dawn of 16 September, the revolutionary army decided to strike for independence and marched on to Guanajuato, a major colonial mining centre governed by Spaniards and criollos. 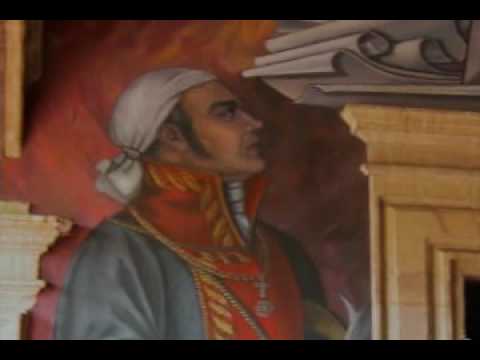